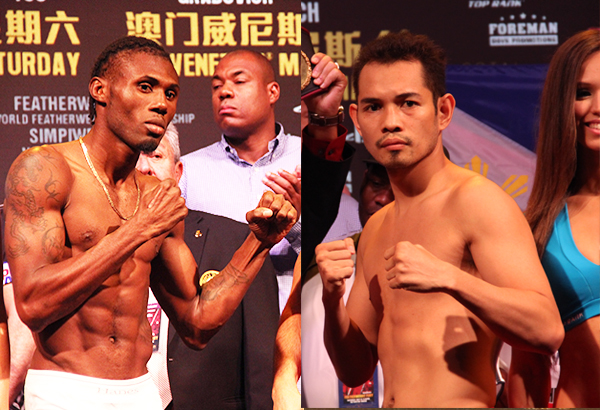 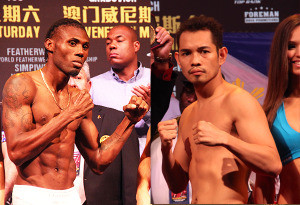 Nonito Donaire (33-2 KO’s 21) also known as the “Filipino Flash” was once regarded as the 3rd best pound for pound fighter in the world. After his lost to Guillermo Rigondeaux, his high level of ranking amongst the boxing community began to diminish. Now he faces a fighter whose career is rapidly rising in Nicholas Walters (24-0 KO’s 20). A loss for either fighter would be detrimental to their careers. If Donaire suffers another loss, there will be criticism of him being over the hill. If Walters loses critics would announce him as being overrated. These two combatants square off on October 18, 2014 at the Stub Hub Center in Carson, California.

Nicholas Walters standing at 5’7 with a 73 inch reach will have the size advantage over Nonito Donaire whose 5’5 with a 68 inch reach. The five inch reach advantage will play dividends for Walters. The reason being is Donaire is a natural counterpuncher, and Walters prefers to stay at a distance. It will be difficult for Donaire to behave as a counterpuncher the entire fight against an opponent who is lengthy and athletic.

Walters has power as his 83% knockout ratio indicates. His record might be slightly deceiving, given the fact he is not an extremely explosive fighter. Walters is capable of hurting Donaire, but winning by knockout seems improbable.

Donaire has never a faced an opponent who can hit as hard as Walters, but he has never been staggered. The only time Donaire was hurt was from a counter left hand from Guillermo Rigondeaux in the 12th round. Even then Donaire had steady feet, it was just the eye injury that caused him to continuously move backwards.

Donaire is more of an explosive knockout puncher even though his statistics are not as impressive. The only reason his knockout ratio is not higher is due to the fact he is a natural counterpuncher. He is not a fighter who slowly breaks down his opponent, but can change the momentum of a fight with one punch. If a knockout does arrive it will probably be delivered by Donaire.

Walters chin has never been tested. If Donaire lands a hard shot it will be interesting how Walters reacts.

Walters is surprisingly a very crafty defensive fighter. His biggest arsenal in this department is his reach. He tends to be out of harm’s way when fighting from the outside. Even when the gap closes, he remains defensively minded. He does a very good job from switching from offense to defense in a split second.

Donaire has good defense, but not great. When he behaves as a counterpuncher he fights from the outside and waits for his opponent to lunge in. This is why when Donaire is not being hit, he can’t land on his opponent as well. He has a difficult time finding his range. When he chooses to be the aggressor he relies on his explosive power to intimidate his opponent to the point where his defensive miscues won’t be exposed. Donaire has shown decent head and foot movement, but he can be hit.

Neither fighter is slow nor flat footed, but Donaire seems to have slightly faster hands. This will probably not make a difference since the gap of hand speed is not great.

Walters is a patient fighter. He throws a few jabs and straight rights from the outside, waiting for an opening or his opponent to make a mistake. He remains conscious of throwing body punches, and does not get careless when he has his opponent staggered.

Donaire is a counter puncher. He tries to maintain distance and counter over his opponent’s jab with a right hand. Because he doesn’t find his suitable range at times, he’s not a very accurate fighter. The intangible that Donaire has is the mentality of being more aggressive when he’s not having success. An example is when Donaire knocked down Rigondeaux in the 10th round after being out boxed throughout the exhibition. In the last two rounds he continued to add pressure but Rigondeaux was able to back Donaire off with a flush counter left hand in the 12th round.

Walters should win by unanimous decision. He will keep the fight in long range where Donaire will not be able to have much success countering. The fight will not be a barnburner, but there will be dangerous exchanges that can change the momentum of a fight for either fighter. If Donaire falls behind in the scorecards, expect him to increase his aggressiveness. Donaire always has a puncher’s chance to win, but Walters’ boxing ability, not power is the key factor in the fight.