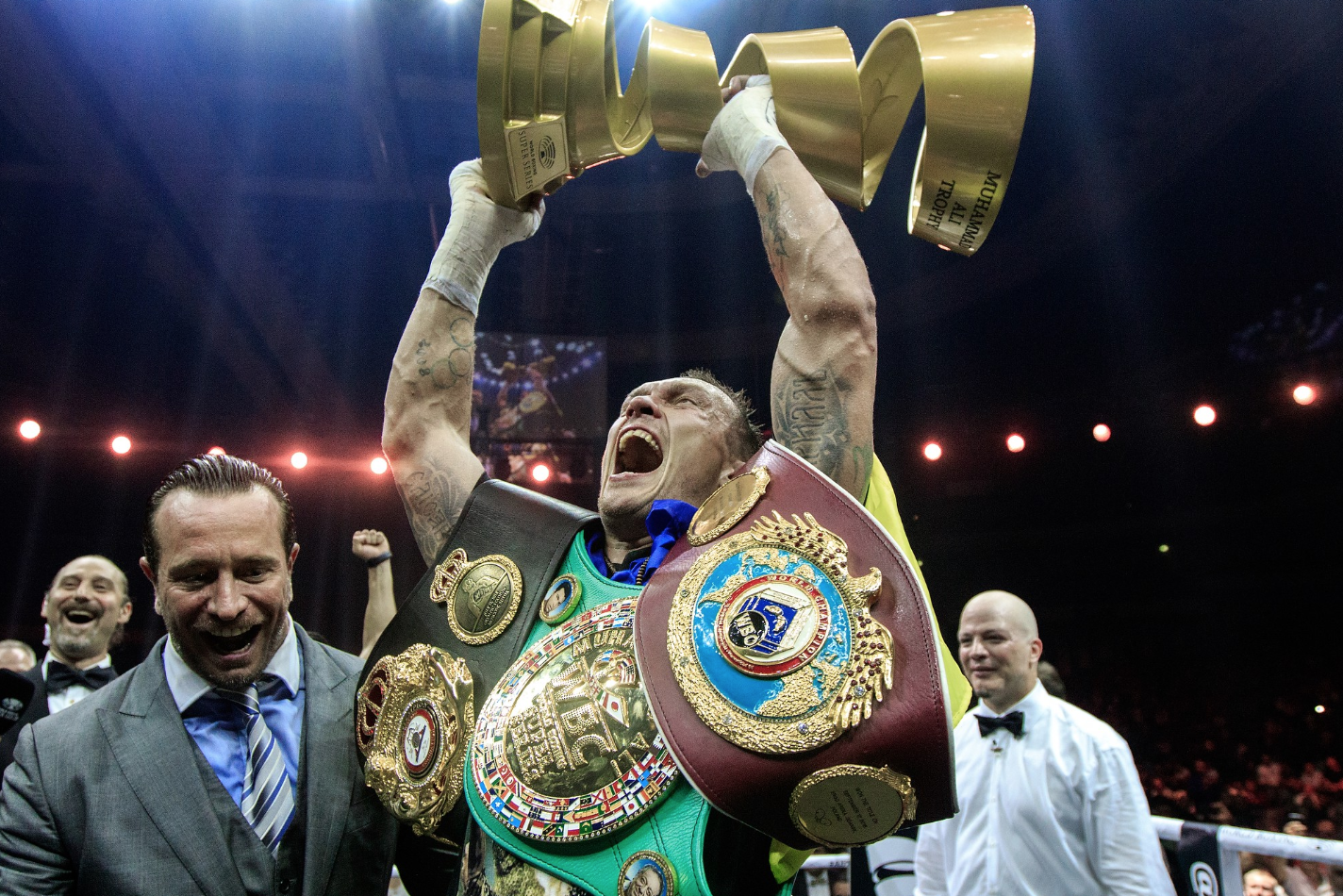 In a recent interview with Sky Sports, promoter Eddie Hearn told them “Oleksandr Usyk “should become” automatic WBO mandatory challenger for Anthony Joshua if the Ukrainian moves up to heavyweight”

Anthony Joshua, Britain’s unified champion, has yet announced his next fight. Dillian Whyte or Jarrell Miller appears to be the most likely opponents for dates but Oleksandr Usyk could later in the year see himself into the picture.

With negotations going back and forth, Whyte has publicly told many media outlets the offers were not great deals for him and may not accept the business offer from Joshua team for the WBA ‘super’, IBF and WBO belts at Wembley on April 13.

Eddie Hearn also told Sky Sports “Dillian is No 1. That won’t be called for another month or so, and it’s not due until September, October, but Dillian is in the running to be that mandatory, but if you turn down a shot at the world heavyweight title, these don’t come around very often.

“I want to make sure that deal is good enough for him to accept, but I also want him to take it, because this is it. This is the world heavyweight championship.

“You’ve got a chance to fight for it, in your own country, to become the king of the division.” Hearn also stated Jarrell Miller is more realistic with his financial demands than Whyte, Wilder or Fury.

ESPN has reported The WBA have again ordered Manuel Charr vs Fres Oquendo for their ‘regular’ heavyweight title. Winner must face the winner of Trevor Bryan vs Jarrell Miller, which has been ordered for the ‘interim’ belt. This could lead to a mandatory position for Jarrell Miller if he follows the WBA orders.

After ordering the Deontay Wilder vs Tyson Fury rematch, WBC says their heavyweight mandatory position is “under process” by their board. There is a high chance Dominic Breazeale vs Dillian Whyte could be an option they go with.

Oleksandr Usyk & Matchroom Boxing has a promotional deal with each other with Hearn stating a fight date is booked. There is no announcement currently on the details about the event yet.