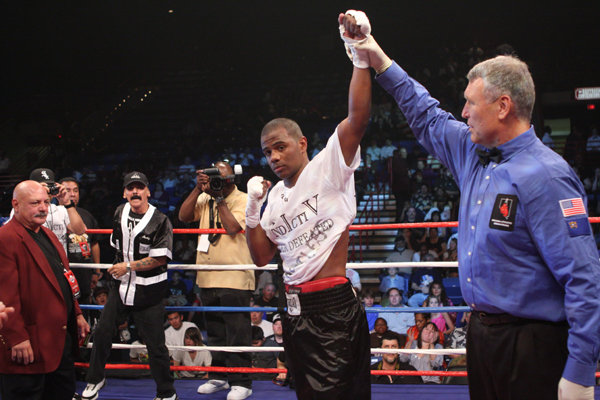 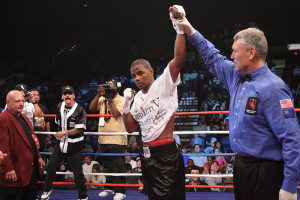 Paul “El Gallo Negro” Mendez 15-2-2 (6 KOs) of Salinas, CA returns to Cache Creek Casino Resort to defend his IBA Middleweight title for the 5th time against Ernesto Berrospe 13-5-0 (8 KOs) of Guadalajara, Mex on Saturday, January 24th. These two warriors are looking to start off 2015 in the win column.
Mendez is managed by the popular boxing’s grandmother Kathy Garcia and trained by Max and Sam Garcia. This past April, Mendez won a unanimous decision over Santiago Perez. However, Mendez has not fought since April due to a shoulder injury during the fight. With his shoulder fully recovered Mendez is anxious to return to the ring and put his IBA Middleweight title on the line against Berrospe.
This will be Ernesto Berrospe’s first time fighting in the United States. Berrospe stated that “this is the chance of my life to fight in the United States and become the IBA Middleweight champion. I want to take the title away from Paul Mendez. This is my time.” Berrospe is fresh off his challenging fight with Mexico’s superstar Daniel Sandoval 36-3 (32 KOs) and is looking to avenge his loss.
Junior lightweight and Sacramento native Guy Robb 14-1 (6 KO’s) will star in the co- main event against an opponent to be determined. Guy Robb is fresh off his 3rd round KO victory over previously undefeated Ronell Green this past August 22 in Fairfield, Ca. Guy Robb has conquered two undefeated fighters this past year and is looking to continue his winning streak over 2015. Robb is positioning himself for a title fight within this next year.
The show will also feature three more exciting fighters: Andy “The Shark” Vences 9-0 (5 KOs) of San Jose, Arturo Quintero 16-4-1 (9 KO’s) of San Jose and Ryan “Rhino” Bourland 5-0 (3 KO) of Vacaville.
Mendez vs Berrrospe headlines a night of world-class professional championship boxing presented by Don Chargin Productions, Paco Presents Boxing and Cache Creek Casino Resort. Doors open at 5:00 pm, the first bell rings at 6:00 pm.
Tweet