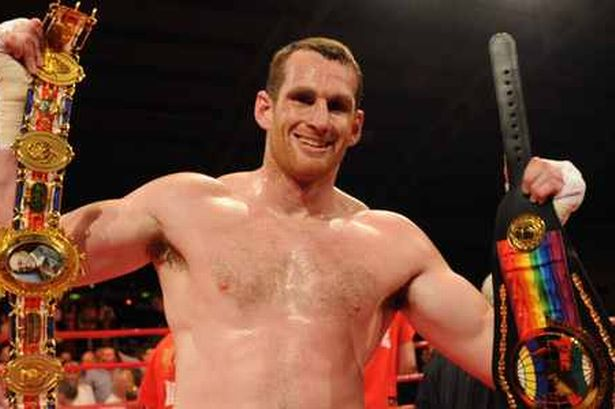 Having written an article a little while ago after hearing the news that David Price had split with trainer Franny Smith I suggested that Price would be well suited to Adam Booth. Much to my delight I can announce that Booth is the new trainer of Price.

Following successive losses to veteran Tony Thompson, Price’s career is in need of resurrecting and Booth would appear to be the right man for the job. Booth has formed a real reputation as a master tactician strategising victories for David Haye against Nikolai Valuev and for George Groves over James Degale.

Groves has now parted ways with Booth and that has perhaps been part of the reason as to why Booth has taken on Price. He now has more time on his hands and can provide the necessary level of commitment needed to get Price back on the right tracks.

Booth is a trainer who demands full dedication from his fighter and is a man who only takes on a few boxers. Booth clearly must see the potential in Price that he can help to bring out. Price has obvious natural talent and great power and hopefully linking up with Booth will make the most out of this talent.

Another positive factor for Price with this particular relationship is that he will be able to regularly train and spar with another elite level heavyweight in David Haye. Haye has worked with Booth for a long time and to be able to consistently work with a man who has been a heavyweight world champion will benefit Price hugely.

For Price to have split from his trainer and friend Franny Smith shows that he is determined to fulfill his potential and that he needs a change to rejuvenate his career. This is the change that he needed and provided that he dedicates himself to the sport and does as Booth tells him I see no reason why he cannot challenge for and be a world champion in the future.

Price has commented on the link up and said, “To begin with I contacted a handful of world-class trainers and asked Adam if I could have a chat and perhaps get some advice. When I first turned pro I was signed by Hayemaker and only left because of the television situation at the time. Adam pointed me in the right direction after that – and advised me to go with Frank Maloney – and I’ve always valued his opinion.”

“So, after a brief chat, I brought up the idea of him possibly training me and we decided to have a meeting. I assumed he wanted to see what kind of frame of mind I was in.”

“We did a few sessions together just to see how it would work, and he then agreed to train me. I was made up about that because I know Adam is very selective when it comes to choosing fighters to work with.”

“I’ve got a good feeling about this move, and truly believe Adam is the man to bring out my true potential.”

“The mental side of the game is a big issue for me, and that’s something Adam spends a lot of time thinking about and working on,” he added. “Even just sitting down and having a chat with him, I can tell we share a lot of the same ideas about the sport and about life.”

“We’ve both got the same outlook, and this should make it very easy to gel. He has helped me get a few things off my chest recently, which has made me feel like the weight of the world has been lifted from my shoulders. It’s a good feeling.”

“Ultimately, I know I’ve made the right choice and I know this move will take me to that next level.”

Price seems to have struck the nail on the head and realises that perhaps the biggest problem for him to overcome with Booth is the mental side of the sport. He seemed so nervous going into the rematch with Thompson and it appeared to tire him very quickly.

Price was burning up so much nervous energy that he was unable to perform effectively in the fight. I don’t see Thompson as having beaten Price second time around but Price as having beaten himself. Hopefully under the stewardship of Booth this can be put right.

It is also good to see that Price contacted several trainers before making a decision as to who he wanted to work with. It is always a positive thing to go around and weigh up your options rather than just rushing into it. This shows the importance of the decision and the fact that Price is at a vital stage in his career.

It will be fascinating to find out who Price will next be fighting as he is in much need of a confidence boost. I expect that he will go in against an opponent that he should beat relatively comfortably but one who should give him some rounds. After hopefully winning this fight I would like to see Price going back to fighting at a higher level.

I will receive a lot of criticism for saying this but I have been a big Price fan for several years now and I still believe that he can be a world champion. The Klitschko’s haven’t got too much longer left and in a couple of years time I don’t see too many contenders that Price couldn’t beat.