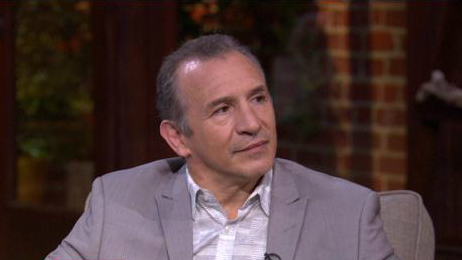 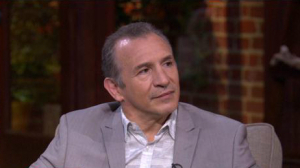 Mancini (29-5, 23 KOs), the pride of Youngstown, Ohio, turned professional in 1979 and officially retired from the ring in 1992. From 1982 to 1984, he captured the hearts and minds of boxing fans all over the world, developing into a marquee fighter and household name.

“To learn that I am on the ballot for induction into the IBHOF has given me great pride, great excitement and great appreciation for those who think that my career is worthy of induction,” Mancini said. “I am truly humbled by this consideration. I would be honored to share that day with the other recipients, my family, my deceased parents, my city of Youngstown, Ohio and boxing fans worldwide.”

Mancini won his first 20 pro fights, highlighted by his win over future two-time world champion Jose Luis Ramirez (71-3) by 12-round unanimous decision, setting the stage for his fist world title shot in 1981 against one of the all-time greats, Hall-of-Famer Alexis Arguello (67-5), for his World Boxing Council (WBC) crown. Arguello proved to be too experienced for the then 20-year-old Mancini, who gave his much more experienced opponent trouble early and built a lead on the scorecards in a spectacular fight, before he was stopped in the 14th round.

“We’re very proud that Ray Mancini is part of our family,” Fight Network president Len Asper (pictured at left with Ray, picture by Emily Harney) said. “All of us at Fight Network congratulate Ray for being a much deserved Hall-of-Fame candidate. Ray will have an increased role as we expand our channel across all media. He’s a class act and we are thrilled Fight Network is one of the platforms through which Ray continues to inspire others and contribute to the boxing world. ”

“I’ve thoroughly enjoyed working with Fight Network,” Mancini added. “America needs a TV channel that covers boxing around the clock and I’m thrilled to be part of it.”

Members of the Boxing Writers Association of America (BWAA) vote for IBHOF inductees, based on the candidate’s contributions to the sport of boxing. The Class of 2015 will be announced in December. Mancini, who was inducted into the World Boxing Hall of Fame in 2005, is one of 20 new names on the IBHOF’s  “Modern” ballot for 2015.

Mancini favorably compares to 2013 IBHOF inductee, the late Arturo “Thunder” Gatti, in terms of their exciting, blood-and guts style of fighting, proven ability to spike television ratings and ticket sales, and especially their fan-friendly personalities. They both had compelling out-of-ring story-lines. Mancini’s intertwined with his father, Lenny Mancini, who was considered a world champion prospect. An injury suffered in World War II, however, prevented Lenny from fulfilling his potential. Their relationship, as well as how Ray dealt with depression resulting from the Kim tragedy, in which Kim died four days after his fight with Mancini from a brain injury, were featured in the acclaimed documentary, “The Good Son: The life of Ray ‘Boom Boom’ Mancini.”