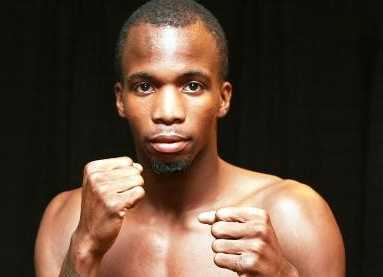 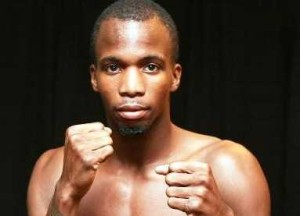 Live From Fallon, NV; FNF started off with a bang. The first televised fight of tonight’s card featured Zhang Zhilei vs. Curtis Lee in the Heavyweight Division.

Zhang a 2008 Olympic Silver medalist, made his pro debut tonight,  which lasted all of 17 seconds. Zhang now improves to 1-0, 1 KO after landing a left hand to the shoulder, and brutally knocking out Lee (6-5, 6 KO’s) in the first round.

In the Co-Main Event, undefeated Norbert Nemesapati (14-0, 13 KO’s) took on Jason Escalera (14-2-1, 12 KO’s).  18 year old Nemesapati, a former Muy Thai fighter started boxing less than two years ago and was making waves in the super middleweight division based on his record (KO’s).  Escalera took this fight on 2 weeks’ notice, after defeating previously undefeated Naim Terbunja 3 weeks ago.  Although Escalera has lost two of his last three fights, he has been in much more competitive and tougher fights, than his undefeated opponent, and it showed.

In Round 1, Nemesapati rocked Escalera by a left hand, followed by a series of right hands, which had Escalera in a lot of trouble. Escalera barely made it out of round one, but recovered and started to trade shots. Round 2, the tide suddenly changed, Escalera started a vicious body and upper cut attack. Nemesapati barely escaped round 2, so I had it even until round 3. Round 3 Nemesapati is sent to the canvas by 2 body shots followed by a left hook behind the ear. From then on until round 8, Nemesapati was basically a punching bag. Jason Escalera wins by UD after 8 rounds. That just goes to show that sometimes the numbers lie (in regards to boxing records), or they just don’t explain the whole story. This will be a learning experience for Nemesapati, he’s young and new to boxing, and with more experience his career will flourish.

Willie Nelson (22-1-1,13 KO’s) vs. Luis Grajeda (17-2-2, 13 KO’s) take on each other in the 154 lb junior middleweight division.  Nelson who has been a bit inactive, but still ranked in the top 10 middleweights, feels like he needs to win impressively. If victorious, Nelson feels as though he’s 1 or 2 fights away from a championship fight. Will Nelson use his height and reach advantage, or will Grajeda use Nelson’s inactivity/ring rust to his advantage?

Round 1 was a feeler round, both guys jabbing but not sitting down on any punches. Could’ve went either way.

According to Teddy Atlas, Nelson isn’t ready to be a world champion, because he’s not using his size like he should, and he has some work to do before taking on the likes of Saul Alvarez, or Lara. I would have to agree with Atlas on that one. First two rounds were pretty close.  Round 3 Grajeda had Nelson hurt by a looping right hand to the head, while Nelson is no stranger to the canvas, he escaped trouble and made it out of round 3.

Following round 3, Nelson pretty much dominated the subsequent rounds, until round 8. In round 8, Grajeda hits Nelson with an upper cut that sent Nelson’s head through the ropes. Had it happened in the center of the ring,  it would have been a knock down, the ropes definitely kept him off the canvas. The referee Jeff Nady allowed the two to continue to box, and Nelson was able to escape and barely survive round 8. The fight went the distance, and all three judges scored the fight 98-92 for Willie Nelson.