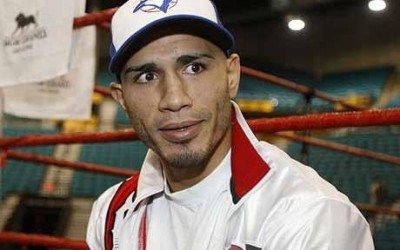 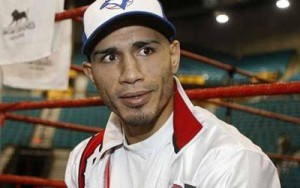 The catch-weight; a weight limit agreed upon by two boxers and their camps that lies between the usual boundaries of traditional weight classes.

For instance, on Saturday June 6th at the Barclays Centre in Brooklyn, New York, the fight between defending WBC champion Miguel Cotto (39-4, 32 KO’s) and challenger Daniel Geale (31-3, 16 KO’s) will be fought three pounds beneath the middleweight limit of 160 lbs. at Cotto’s insistence.

The reason being in this particular instance is that Cotto, a man who has spent the majority of his career between 140-147.lb., holds the main belt in a division where he is much the smaller man compared to most of his competitors.

By inserting a clause into the contract that obligates Geale -a career middleweight- to drop an extra three pounds than he would usually do for a fight, the advantage in size he otherwise would have held over Cotto, is considerably diminished.

Those three pounds, though they do not sound like much, will exact a heavy from Geale who made his adjusted weight at the pre-fight weigh-in, drawn as he looked. Cotto, on the other hand, stepped onto the scales with a full face, tipping them at 153 lbs; he could still make junior-middle if he chose to.

You may wonder why a fighter would agree to put himself at a disadvantage like that going in against a world class competitor like Cotto, who would present a stern test on any day. Esteemed trainer Robert Garcia explained to FightHype.com the reason behind it.

So Geale, despite his lofty credentials as a former two-time middleweight champion himself, was required to bend to the will of Miguel Cotto if he wished to be granted this opportunity. It was so because Cotto has amassed one of the biggest followings in the sport over a decade and a half of top level competition.

A fight with Cotto means a bigger payday than can be usually expected, and so certain sacrifices must be made if a title-shot is contingent upon them.

So the catchweight, when incorporated in this fashion, is a pointed example that money talks. The bigger a fighter’s reputation, his following, his standing in the sport and, therefore, the revenue he generates, the more details can alter in his favour.

Garcia again references two of the brightest stars boxing has seen in the last two decades to make his point about the power of the dollar.

And remember, Garcia trained and cornered Marcos Maidana in his two bouts with Mayweather in 2014, the first of which could have been cancelled because Mayweather was unhappy with what gloves Maidana -famed for his power- would be wearing on the night. He has experienced these things first hand. It is a dark reality of the sport that a fighter can do this purely because of his stardom.

“You know Pacquiao, he was there a few years ago, he made a lot of fighters drain themselves and by the time the fight comes they don’t recover, they just don’t have time enough to get back to their normal weight. It does affect them; it does give them that big advantage.”

When Cotto and Geale step in together it will be a man in prime condition, who has been free from the physical and mental burden of making weight throughout his training camp, against a man who has been forced to be extra vigilant in that same area during the same period.

As Garcia alluded to, these conditions almost certainly mean that Geale is less than whole by the time the opening bell rings.

This is not to point the finger at Miguel Cotto. As previously mentioned Floyd Mayweather and Manny Pacquiao have made a habit of the practice against larger foes in their ascent through the weights. All three have been at considerable size disadvantages at certain points in their careers, so why would they not try to level the playing field?

The trouble is, by draining their opponents to such an extent they are effectively tilting the whole pitch in their favour. They are elite fighters against whom every millisecond counts. If you get caught lagging behind them in the ring due to fatigue you will be punished, for they have entered the contest at full strength, something that compounds their skills to the fullest degree.

It is not fair, but few things are when money warps the mentality of men.