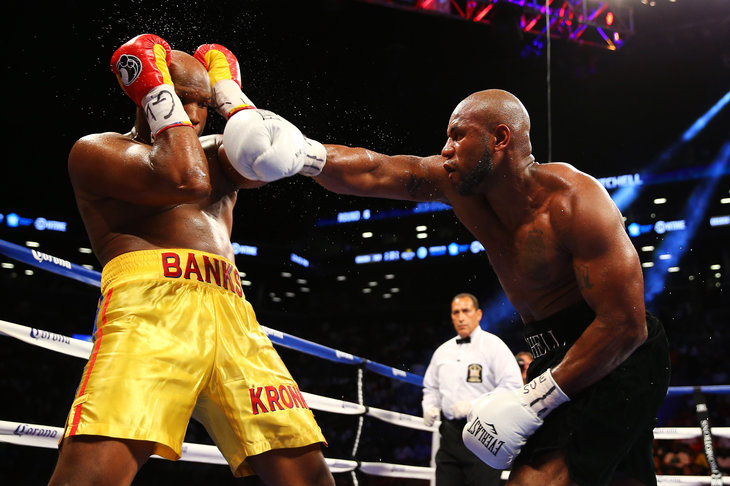 In the co-main event of Showtime’s Adrien Broner vs. Paulie Malignaggi broadcast, Seth Mitchell (26-1-1, 19 knockouts) and Johnathon Banks (29-2-1, 19 knockouts) competed in a rematch of their memorable heavyweight bout. Expectations were high for the rematch, and how could they not be? After all, Banks upset Mitchell in their first meeting with a thunderous KO, and Mitchell has been chomping at the bit for a shot at redemption. Now that the fight has finally happened, only one word comes to mind: forgetful.

The opening round was understandably tentative. With Mitchell remembering just how suddenly the fight could end, it was easy to see why he was so gun shy. Things eventually picked up in the second and third rounds as both fighters managed to land some power shots that hurt their opponent. Mitchell dropped Banks in the second, and Banks came dangerously close to stopping Mitchell in the third.

Right when things were getting exciting, things went South. All of a sudden Mitchell was determined to out-box Banks, while Banks was set on counter-punching Mitchell. This led to a complete stall in action, and gradually increasing boos from the crowd.

Unfortunately for the fans, both fighters were incredibly determined to stick to their gameplans. With little to no action for large portions of the round, Mitchell would take it upon himself to open up in the final seconds of the round in order to steal rounds in the judges eyes. The gameplan certainly did no favors to revive hopes in the Heavyweight division, but it got Mitchell the victory he so desperately wanted.