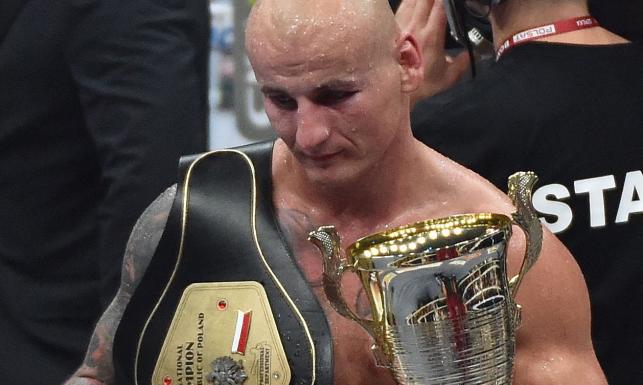 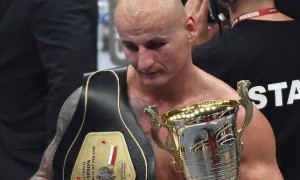 Televised coverage begins at 9 p.m. ET/PT. Fans in attendance will also be treated to a thrilling undercard featuring an abundance of local talent on the rise. Undercard action begins at 6:00 p.m. ET, with doors opening at 5:30 p.m. ET.

The brash 6’3″ Polish heavyweight powerhouse Artur Szpilka is an aggressive, all-out brawler. A pro since 2008, the southpaw first gained notice when he stopped the once touted Owen Beck in four rounds in 2011, then unanimously outpointed former world title challenger Jameel McCline the following year. Szpilka bookended 2013 with two US-televised wars against Mike Mollo, winning both by devastating knockout. The 26-year-old enters the fight with three victories in a row, including a 10-round unanimous decision over former cruiserweight world champion Tomasz Adamek. Cuban-born, but fighting out of Miami, 31-year-old Yasmany Consuegra (17-1, 14 KO’s) will be in the opposing corner at Prudential Center.

Maciej Sulecki of Warsaw, Poland, will fight in the US for the second time, in a 10-round middleweight bout. The 26-year-old has impressive wins over the previously unbeaten Robert Swierzbinski, the 18-1 Lukasz Wawrzyczek for the Polish middleweight championship, and the 29-3 former world title challenger Grzegorz Proksa. As an amateur, Sulecki had an 110-30 record and was a three-time Polish Junior tournament champion.

Poland-born Kamil “Little Tyson” Laszczyk now living in North Bergen, NJ, is a world-ranked featherweight on the verge of a title shot. An aggressive volume-puncher, Laszczyk was a six-time national amateur champion in Poland, while accumulating an 110-7 record. Since turning pro in 2011, the 24-year-old has won an inter-continental title as well as a Polish international title. Facing him in an eight-round bout will be the unbeaten Dominican Queens-resident Oscauris Frias (16-0, 6 KO’s).

Popular heavyweight contender Travis Kauffman (28-1, 20 KO’s), of Reading, PA, is eager to step back into the ring following an injury-induced layoff. He is coming off of his most impressive victory a dominant unanimous decision over Vincent Thompson to pick up a regional title belt in January 2014. As an amateur, Kauffman accrued a record of 52-12 while finishing with a number one ranking in the US. The 29-year-old is currently trained by boxing guru Naazim Richardson along with his father Marshall and enters this bout with 10 consecutive victories.

“Swift” Jarrett Hurd (15-0, 9 KO’s) is a junior middleweight prospect out of Accokeek, MD. Currently trained by Ernesto Rodriguez, the 24-year-old Hurd fights in the memory of his former coach Thomas Browner, who passed away in 2010. Hurd considered stepping away from boxing, but was encouraged to continue when approached by Rodriguez, a protégé of Browner, at the late trainer’s funeral. A two-time Washington, D.C. Golden Gloves champion, Hurd turned pro in 2012 and secured his biggest victory this past April when he stopped tough Philadelphian Eric Mitchell inside three rounds.

Unbeaten light heavyweight prospect Michael Seals (19-0, 14 KO’s), of Atlanta, GA, is a former college linebacker from Alabama A&M, where he earned a degree in physical education. Standing 6’2″, Seals turned pro in 2008 following just five amateur bouts. However, the 33-year-old has proven to possess devastating punching power, with 11 first-round knockouts to his credit. One of those impressive knockouts came against former champion Byron Mitchell in December 2012.

The 24-year-old world-ranked Puerto Rican-native Luis Rosa (20-0, 10 KO’s) now lives and trains in New Haven, Conn. Under the tutelage of his father, Luis Rosa Sr., he turned pro in 2010 following a very successful amateur career. He was quickly hailed as a touted prospect with a growing fan base, given his relentless, come-forward aggressive style of fighting. Promoted by DiBella Entertainment, Rosa breakout year in 2014, securing his two most impressive victories to date, both in front of a nationally televised audience. In January of last year, Rosa dominated an eight-round slugfest over the highly regarded Jorge Diaz then later in May, he earned a unanimous 10-round decision over the top-rated 18-1 Luis Del Valle. On August 14, he’ll be focused on scoring his fourth victory thus far in 2015.

Brooklyn southpaw brawler Mikkel “Slikk Mikk” LesPierre (9-0, 4 KO’s) is a junior-welterweight prospect. Born in Trinidad and Tobago, LesPierre was introduced to boxing upon moving to the United States. After six years as an amateur, compiling a 36-13 record, LesPierre turned pro in 2012. The 30-year-old is trained by Don Saxby out of the famed Gleason’s Gym in Brooklyn. Competing in a six-round contest, LesPierre will be fighting in front of a New Jersey audience for the first time.