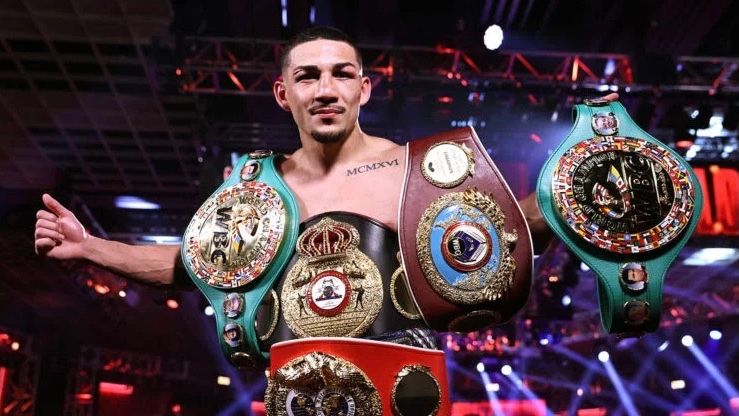 It’s often hard to determine who the actual champion of a division is with all of these fighters holding belts. It’s not just a problem in boxing the UFC has the same issue just not as many belts yet. There four major sanctioning bodies plus the Ring Magazine title which is usually awarded to the best in the division.

This past Saturday Ryan Garcia won the WBC Emerald or something like that title making him the third fighter in the division to hold a WBC belt. The other two fighters that hold a WBC title are Teofimo Lopez and Devin Haney.

If you ask boxing fans who the WBC champion is in the division you will get mixed answers between Lopez and Haney but a majority will say it’s Lopez. If you’re not sure who it should be then take a look at who’s holding the majority of all of the belts.

Lopez wants everyone to remember who the true champion in the division is with all this tall of champions.

“Don’t matter how you cut it, slice it, or dice it… I am THE Lightweight World Champion,” stated Lopez via Twitter. “All these dudes just holding up paper belts.”