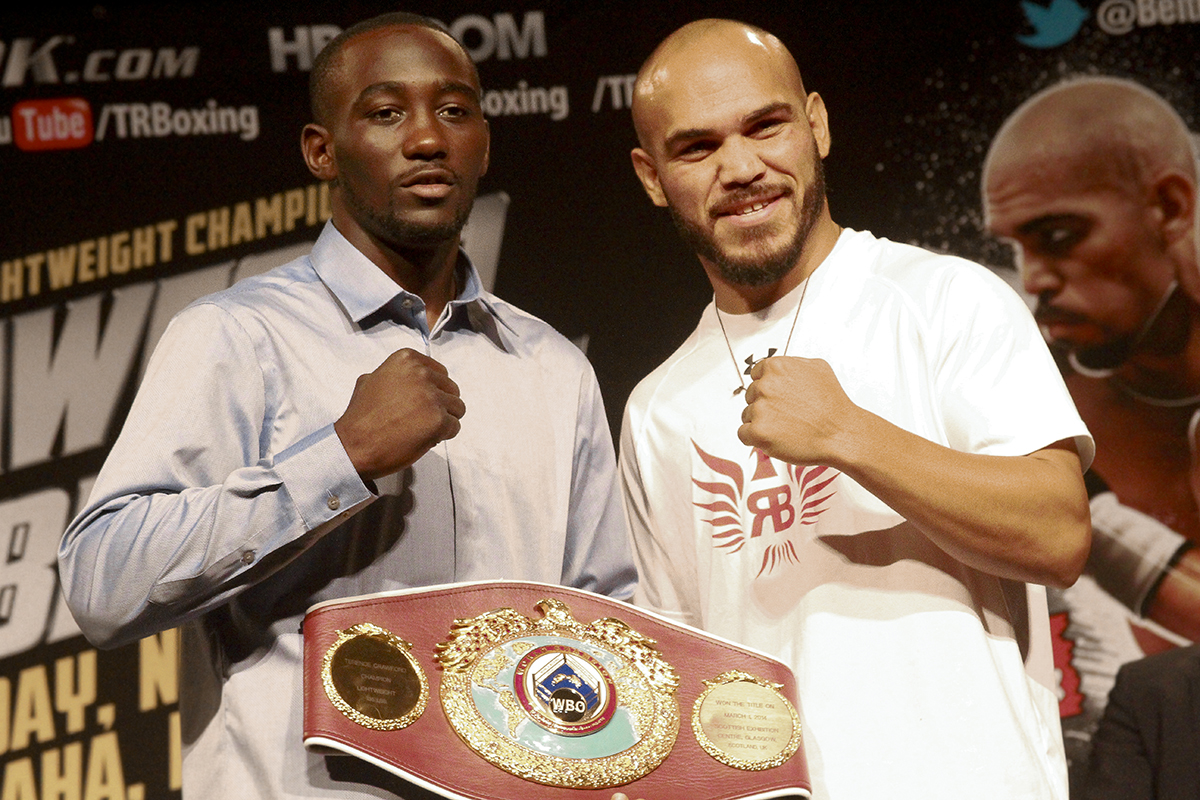 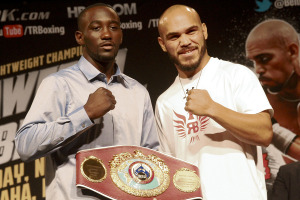 Terence Crawford (24-0, 17 Kos) aims to make his second consecutive title defense against Raymundo Beltran (29-6, 17 Kos) in Omaha, Nebraska. In Crawford’s first defense, he delivered a sensational performance by stopping Yuriorkis Gamboa, and ever since, expectations for the Nebraskan native has grown tremendously from the boxing world. Crawford is coming into the fight as an overwhelming favorite against the rugged Beltran.

This is certainly one of the biggest opportunities in Beltran’s career to not only win a world title, but to become a bonafide sensation overnight. Beltran certainly has great talent, and is a real danger to ruin Crawford’s homecoming fight.

Terence Crawford standing at 5’8 with a 70-inch reach will have a small size advantage over Carlos Beltran whose equivalent in height, but is 2 inches smaller in arm length.

Crawford is a fighter who uses distance as defense. He prefers to be in safe range where he is able to easily take a step back to avoid shots. When the fight takes place at mid-range, he shows great waist movement to avoid punches. He is always defensively aware regardless if he’s on the outside, inside, or in the middle of an offensive attack.  Crawford has also shown good boxing IQ by knowing when to smother, and clinch effectively.

Beltran’s defensive tools are not as sharp as Crawford’s, but does have subtleties in his game that are effective.  When Beltran is in mid-range, he uses slight head movement to avoid shots and to put himself in a great offensive position, where he can set up power shots on the inside. Beltran has also shown the ability to use subtle footwork to avoid punches when fighting at a distance.

Beltran’s Achilles heel from a defensive standpoint is when he’s cutting off the ring, or getting into exchanges on the inside. Beltran does a great job of cutting off the ring, but sometimes leaves his hands down and is open to a quick potshots. Beltran also leaves his hands down at times during exchanges, and Crawford is certainly a fighter who will try to take advantage of this.

Crawford’s offense varies depending on the type of opponent he’s confronted with. If the opponent fights at mid-range distance, Crawford slowly tries to break down his opponent through the rounds. If he’s confronted with an opponent who is more aggressively minded, his offensive output rises due to the fact he likes to capitalize on other fighter’s mistakes. Beltran is an aggressive minded fighter for the most part, which would force Crawford to increase his offensive output, or to clinch more, or to have a combination of both.

Beltran has a very good offensive arsenal. He has shown the awareness to mix in his shots both to the body and the head. He has also shown the ability to cut off the ring really well. If Crawford decides to constantly move, expect Beltran to attack the body if he has a hard time landing upstairs. Beltran is also a very sneaky fighter who does a good job of catching opponents on their way out. What this means is, when an opponent slips a punch and pivots out of the way and believes they escaped heavy fire, Beltran is a fighter who follows up on a combination with an extra punch that the fighter does not expect to come.

Crawford has shown to have decent power in either hand because he’s a very good ambidextrous fighter. He’s not a knockout artist, but can hurt his opponents if they continuously make careless mistakes. The combination of not seeing the punch, and with the precision Crawford has, he is definitely capable of stopping Beltran in the fight.

Beltran is a really solid puncher. He is definitely capable of stopping anyone in the lightweight division. If Crawford gets into unnecessary exchanges on the inside, Beltran can certainly score a knockdown or knockout if he catches Crawford flush.

Terence Crawford is the favorite to win and rightfully so. He is a defensively aware fighter defending his title belt in his hometown. The bout should be competitive, and Beltran will have his moments during the fight. Beltran’s body attack, and the ability to cut off the ring will cause Crawford some problems, but Crawford should be able to make the proper adjustments in the fight, given the fact he’s a technically smart fighter. Crawford will potshot Beltran when he comes in, smother his punches to eliminate Beltran’s offensive attack, and make Beltran miss.

If Crawford does face adversity in this fight, which he probably will, he has shown the ability to maintain composure and not get too prideful in the fight. When staggered against Yuriorkis Gamboa he clinched till he gathered his senses, and ended up stopping Gamboa later in that same 9th round. It’s very tough to go against Crawford because he’s a fighter who is able to adapt. Beltran has also shown the ability to adapt, but not to the extent Crawford has. Beltran will certainly strive to force Crawford into a fight, but Crawford’s skill set should be able to land him a unanimous decision victory in Omaha, Nebraska.