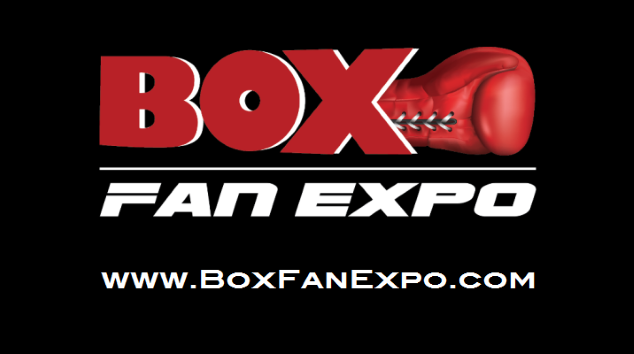 Las Vegas (January 9th, 2020)- Great News for Boxing fans and the Boxing industry with the announcement of the sixth annual Box Fan Expo, which will be returning to Las Vegas during Cinco De Mayo weekend. The hugely popular Boxing Expo will take place at the Cox Pavilion on Saturday May 2, 2020 from 10am to 5pm.

The Box Fan Expo is thrilled to open its doors to boxing fans from all over the world, as well to all major boxing companies, promoters and industry people during this Mexican holiday weekend. Traditionally a major fight will take place in Las Vegas on Cinco de Mayo Weekend.

Tickets to the Box Fan Expo are available online at:
https://bitly.com/BoxingExpo2020

Those fighters plus more boxing celebrities took pictures, signed autographs for their fans who attended the Box Fan Expo

Fans also had an opportunity to purchase merchandise and memorabilia from fighters and companies.

The Box Fan Expo also played host to the 2nd annual “Box Fan Expo Invitational 2019”. This was an incredible amateur show which showcased several highly ranked and top USA amateur boxers who competed against the best in their division and more importantly in front of thousands of boxing fans that attended the Expo. Those invited to compete had a chance to get huge exposure and get noticed by top boxing companies as well as industry people that were present during the event.

HELPING A GREAT CAUSE
The Box Fan Expo Invitational amateur show had an opportunity to collaborate and help Center Ring Boxing Club. Center Ring Boxing is a non-profit organization that was established in 1994 in the Las Vegas area, with the Mission of facilitating programs for youth, ages 8 to 18 and their families. They promote and improve image of boxing as a sport and to provide positive interactions that facilitate educational, physical, mentoring programs which is a great positive influence and mental growth for those young kids looking to improve their self-esteem and personal lives.

For the 2nd straight year, the Invitational amateur competition was sponsored by Mayweather Promotions.

ABOUT BOX FAN EXPO
Box Fan Expo is the ultimate boxing fan experience event, which allows fans to meet-and-greet boxing superstars of today, current and former world champions, legends of the sport and other boxing celebrities. Fans can expect to experience various interactions such as autograph and photos sessions, FaceOff with your favorite boxers, pictures with the Ring Card Girls, Live DJ Music, chance to win prizes, purchase merchandise and memorabilia from different exhibitor’s booths, “ALL UNDER ONE ROOF”. You won’t want to miss this must-attend Expo!

Exhibitors such as; boxing promoters, gear, apparel, equipment, energy drinks, supplement products, broadcasting media, sanctioning bodies, and other companies who wish to participate will once again have a chance to showcase their brand to fans and the whole boxing industry.

Throughout the next several months leading up to the Event, there will be updates on the many stars that will commit their appearance at the Boxing Expo. 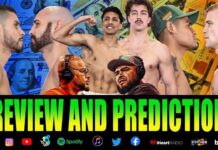