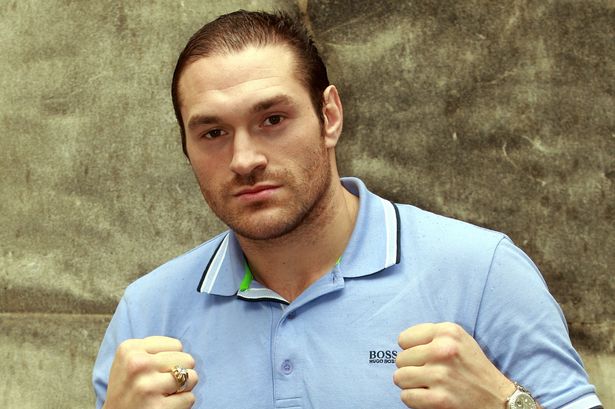 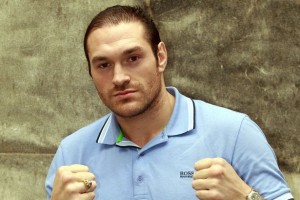 The fight has been scheduled for almost exactly three months after his decisive victory over Derek Chisora, who retired looking exhausted and with a cut on his cheek after the tenth session of a very one-sided affair.

In a video of a conference call posted by Fight-Hub TV on YouTube, Fury answered questions on his next opponent and their shared history in the amateur ranks, namely the 2006 World Junior Championships.

“I remember the tournament. I don’t really remember Christian Hammer. I know he won the tournament, he beat Michael Hunter who was the American representative in the final. It was a good tournament and he won it, good luck to him.”

Fury medalled in the same tournament with a bronze and had some additional information about another competition they had both featured in where the roles were reversed, just in case we were starting to suspect that the Hammer maintained the upper hand all those years ago.

“The next year, 2007, we were both in the European Union Championships in Poland in which I took the gold medal and he took the bronze medal, and he got stopped by the Hungarian who I knocked out in the final.”

This preceded a quite remarkable statement he made about how he believes amateur boxing is an inefficient barometer for predicting a fighter’s capacity to succeed in the professional game.

“In amateur fights you win some you lose some, it’s not to be taken any notice of. It’s for kids.”

I’m not sure whether that is true for fighters like Guillermo Rigondeaux or Vasyl Lomachenko who amassed centuries of wins against single-digit losses in the amateurs, which facilitated their short path towards world title fights. But they are the exception rather than the rule. It is just strange to hear a fighter disparage the proving grounds of the fight game like that.

Fury was then asked if 2015 would be the year in which he finally captures a world title.

“Now that’s one thought I’ve never thought of you know. I’ve enjoyed my Christmas, I’ve enjoyed what I’ve done. I’ll just relax, start training on Monday and I’m feeling happy and content with the new year, and I’m happy 2014 is done because it was a terrible year with a bleak ending. But 2015 is going to be a better year hopefully, the year I become champion like you say, but I haven’t thought about it much.”

It’s almost as if he doesn’t want to conceptualize himself becoming champion in case the dream doesn’t come true. His plans were delayed numerous times by torrential events in his personal life last year, including an attack on his personal property and the death of his uncle. Understandably these instances interrupted his fight schedule somewhat, adding frustration to the postponement and eventual cancellation of his proposed bout with David Haye at the end of 2013.

To conclude Fury replied to queries as to whether he would be attempting to employ any tactics in this fights that may come in useful against Wladimir Klitschko should the pair meet down the line, and whether he needs to shake of any rust.

“I got some good rounds in with Derek Chisora in the last fight. Next fight I wanna work on my aggression, my looping hooks over the top. So hopefully I will land those big hooks and show Klitschko what my big hooks are made of.”

Fury is now next in line for the WBO portion of Klitschko’s vast array of titles, so a meeting between the pair is fairly imminent as Klitschko does not make a habit of avoiding his mandatory challengers. However, I fear anything Fury is able to implement against Hammer in his next clash will count for little should he end up battling Klitschko. Hammer, at 6’2”, is about half a foot shorter than the massive Ukranian and considerably smaller in mass, not to mention the disparity in the skills department. It will be like stepping in to a different world when he makes a grab for the title, but I suppose he can only play the hand he has been dealt.