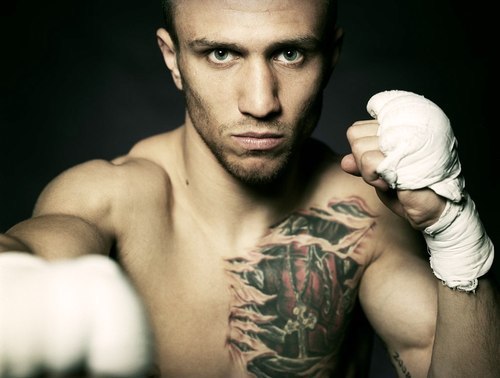 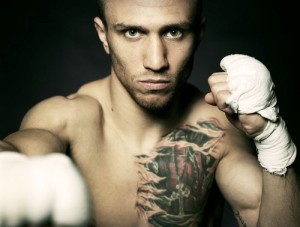 Dan Rafael of ESPN.com caught up with potential manager of the year, Egis Klimas who has done a fantastic job managing the careers of Sergey Kovalev, Evgeny Gradovich, Vasyl Lomachenko, and Vyacheslav “Czar” Glazkov. Now while we know Kovalev will be fighting Jean Pascal on March 14th and Glazkov will be fighting Steve Cunningham on the undercard, he shed light on his two other champions, Lomachenko and Gradovich.

Lomachenko hurt his left hand in his last fight on the Manny Pacquiao-Chris Algieri undercard but Klimas expects to have a date lined up for Lomachenko in April.

“It wasn’t broken or anything,” Klimas said to Rafael. “He went back to Ukraine and he’s resting and we’re waiting to hear about our next fight. It was just bruised, nothing major. So basically the doctor told him to rest his hand for about 30 days. We had an MRI and an x-ray. He’s already training but the hand is not completely healed yet so he’s not using his left and doing some light workouts.”

April is the date they’re looking at and Klimas said they’re interested in a fight with Nicholas Walters but feel that fight should be a built a little, maybe after the April bout.

As far as Evgeny Gradovich who drew with Jayson Velez on the Crawford-Beltran undercard, Klimas is eyeing a bout with Lee Selby, who is the mandatory.

But Klimas said he would be willing to travel to England if the offer is right from Selby’s promoter Eddie Hearn, according to the report.

“If they want to make us a good offer, why not? I don’t mind going to somebody’s backyard,” Klimas said. “We’ll see what the UK people can offer, what the Russian people can offer and whatever makes sense we’ll do. It’s a sport but it’s also a business decision, too.”