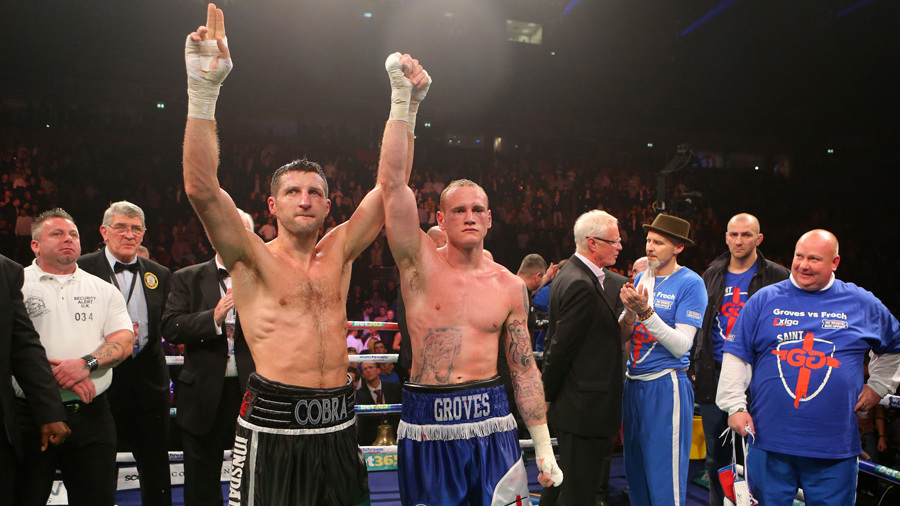 Carl Froch and George Groves weigh-in at the Wembley Arena today and Matchroom Boxing are streaming it LIVE in HD quality via our YouTube channel.

Froch and Groves clash at Wembley Stadium connected by EE live on Sky Sports Box Office in association with Betway tomorrow night in front of a sold-out crowd at the national stadium – and fans are expected to pack out the Arena to see them and the undercard hit the scales.

Before the weigh-in, the Arena opens its doors at 2pm to fans who can mingle with some of boxing’s biggest stars with Luke Campbell MBE, Anthony Joshua MBE, Brian Rose, Scott Quigg, Rocky Fielding, Kal Yafai and Paul Smith, with Sky Sports’ pundit and former World champion Paulie Malignaggi among the stars in attendance.