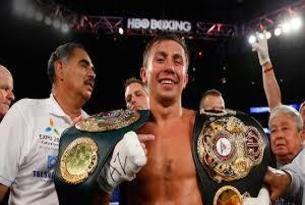 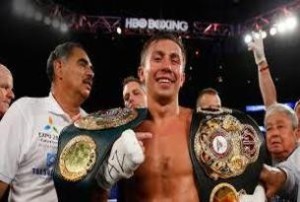 While there wasn’t much on the boxing slate, there were definitely some winners and losers of the week.

Winners-Gennady Golovkin and his team: Who would have thought 3 years ago when a Kazakh fighter with thunder on both hands, he would be close to selling out Madison Square Garden with over a month left to his fight with David Lemieux on October 17h? According to his promoter Tom Loeffler and an official at Madison Square Garden, Golovkin-Lemieux has already sold 17,000 tickets. With close to two months left for ticket sales, you can almost guarantee a sellout.

No Golovkin isn’t Puerto Rican like a Miguel Cotto to have sales moving well in New York; he’s just a fan pleasing fighter that’s been able to sell everywhere he’s gone. From little venues like the Theatre at Madison Square Garden and Foxwoods Casino, to larger venues like the Stub Hub Center in the forum, he is now close to selling out The Mecca that is Madison Square Garden. Golovkin is becoming a franchise in boxing and these days they are hard to come by. Outside of Floyd Mayweather, Manny Pacquaio, Miguel Cotto, Canelo Alvarez, and Wladimir Klitschko, you can argue that Golovkin is next in terms of drawing power in the United States.

And it may travel as he’s willing to travel. If Golovkin decides to take on an Andy Lee or BJ Saunders maybe in the United Kingdom, it will surely be an event there. Kudos to Golovkin.

Biggest Loser-Shane Mosley: I’ll give credit to Mosley, he it out there promoting an event that is going against a free ESPN card not too far from his fight with Ricardo Mayorga. Leo Santa Cruz and Abner Mares is a much better fight and isn’t going to cost you the 49.95 that Mosley-Mayorga will cost you. But from the start this event sounded like a money loser and it very well might be. Not to mention Don King is trying to stop the fight from happening and if he does it might save Mosley some money.

KO of the Year: Finally if you have some time check out what should be the KO of the year when Manuel Charr absolutely falls asleep after being hit by Mairis Briedis. That doesn’t bode well for those defending Deontay Wilder’s next opponent Johann Duhaupas as his claim to fame was winning a debatable decision versus Charr. Briedis has spent most of his career at cruiserweight and pancaked Charr.