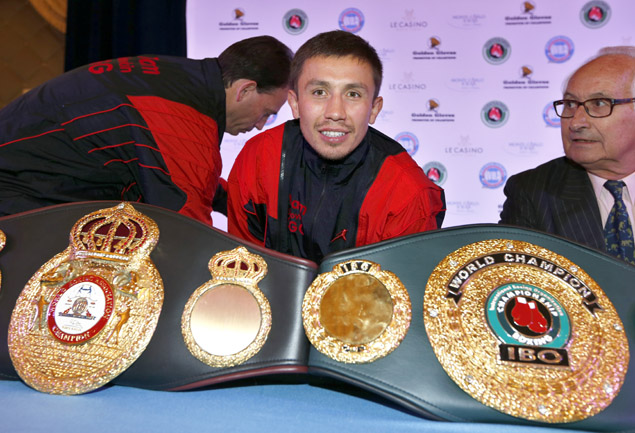 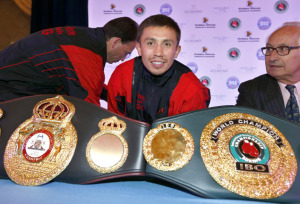 There has been recent talk amongst boxing world of Sergey Kovalev possibly squaring off against Gennady Golovkin. This bout will probably not happen anytime soon and here are the reasons why.

Golovkin currently campaigns at 160lbs, while Kovalev resides at 175lbs.

Tom Loeffler, Golovkin’s promoter, told Kevin Iole of Yahoo Sports, “I don’t think it would be realistic for Gennady to fight above 168.”

Then Kathy Duva informed Boxingscene.com, a catchweight fight with GGG will not be entertained, because Kovalev already works hard to make 175lbs.

This makes the fight virtually impossible to make.

It’s been reported Kovalev and Golovkin have sparred against each other in the past. Abel Sanchez informed Barcoft TV, Golovkin dropped Kovalev in sparring, and Kovalev was showing too much respect towards GGG.

This may give an incentive for certain people to believe this would be a great match, but people need to realize this was sparring. A live prizefight, and a sparring session are two completely different things.

Tyrell Hendrix, age 31 with a record of 11-5, told ESNEWS he managed to drop Golovkin in sparring with a good body shot. This does not mean Hendrix vs. Golovkin would be a great fight.

Sergey Kovalev and Gennady Golovkin are two great fighters in their respective division. They both have showcased their tremendous power, and boxing abilities. A bout between the two fighters would be great, if they campaigned in the same weight division, but they don’t. Fortunately both fighters have good competition at or near their weight classes, and will continue to be a force in their division for years to come.