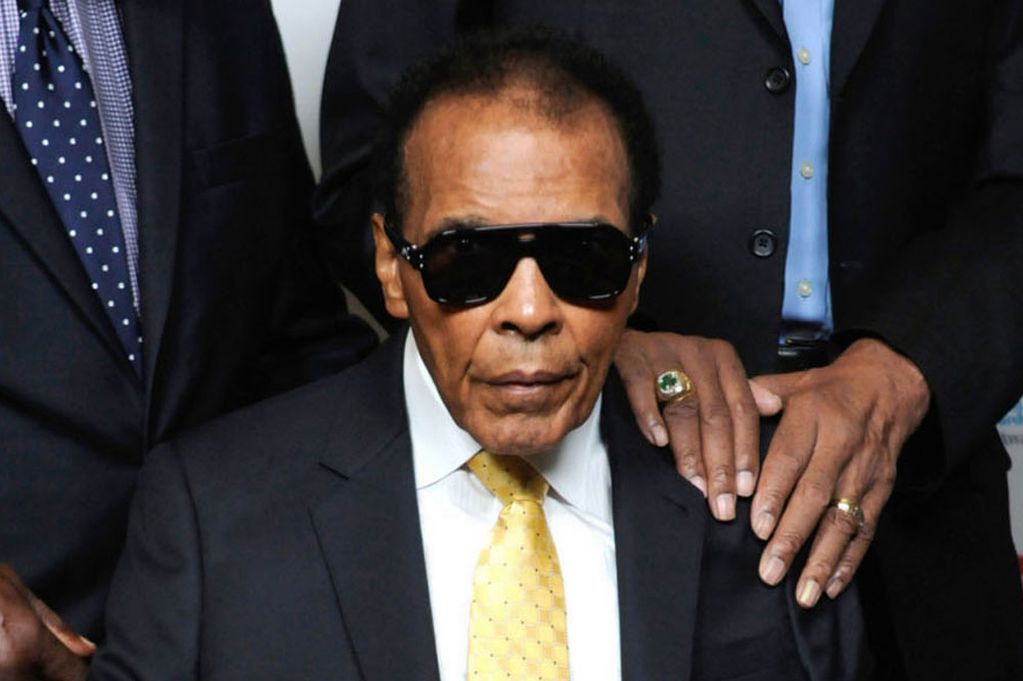 It has been three months since Muhammad Ali died and while most things written about him, focused on his impact as one of the most important sports figures of the last half-century, few made more than a passing reference to his membership in the Nation of Islam (N.O.I.). Most mentioned his incredible upset over Sonny Liston in their first fight in 1964 but that fight’s significance is greater than Ali—Cassius Clay, at that time—becoming heavyweight champion for the first time. After the fight Clay confirmed rumors, acknowledging he was a member of the N.O.I. and would go by the name Cassius X. That name did not last long, replaced by Muhammad Ali, a name that Elijah Muhammad, leader of the N.O.I., bestowed upon him, stating on his radio broadcast, “This Clay name has no divine meaning. I hope he will accept being called by a better name. Muhammad Ali is what I will give him for as long as he believes in Allah and follows me.”[1]

According to Cassius Clay Sr. and countering the narrative he joined the N.O.I. as a way of avoiding military induction, since winning the gold medal in the 1960 Summer Olympics Ali regularly attended N.O.I. meetings. Ali states as much, saying he first heard of the group during a 1959 Golden Gloves tournament in Chicago, N.O.I.’s headquarters. Regardless of when he became a member, Ali refusing military induction coupled with his N.O.I. membership resulted in him being stripped of his title and banned from boxing for over three years.

The N.O.I.—specifically Elijah Muhammad—were content if Ali never fought again believing his cause was greater than boxing. In fact, Elijah Muhammad detested boxing since in his view, it usually pitted two black men against one another in a show of brutality, all done for white entertainment. Instead of boxing, Elijah Muhammad envisioned Ali using his fame to make a world-wide impact, spreading the N.O.I.’s beliefs. With his freedom and career contested in courts, Ali’s attorney fees could not be covered by the money he earned lecturing across various colleges. Facing economic problems Ali wanted to continue boxing, telling Howard Cosell in a national interview, he would return if the money was right.

Ali’s willingness to resume his boxing career angered Elijah Muhammad who saw him as compromising his religious beliefs for money and by extension, white entertainment. As a result, the N.O.I. suspended Muhammad Ali for a year. Their newspaper, Muhammad Speaks, publishing a statement on Ali’s suspension: “Mr. Muhammad Ali has sporting blood. Mr. Muhammad Ali desires to do that which the Holy Qur’an teaches him against. Mr. Muhammad Ali wants a place in this sporting world. He loves it. Mr. Muhammad Ali shall not be recognized with us under the holy name Muhammad Ali. We will call him Cassius Clay. We take the name of Allah away from him until he proves himself worthy of that name.”[2]

That statement, issued on April 4, 1969, came about two years and two months after Ali fought Ernie Terrell—his second to last fight before his banishment from boxing. Boxing fans remember the bout for Ali pummeling Terrell in a fight where the already savage sport turned cruel. Some crowd members even called for the fight’s end with Terrell taking a beating that resulted in a severely damaged eye. Over fifteen rounds Ali pounded Terrell for refusing to call him by his Muslim name as leading up to their fight, Terrell continuously called him Cassius Clay. According to Ali, Terrell’s insistence on calling him Clay made the fight personal as that was his slave name and vowed to punish him over the entirety of the scheduled rounds since a knockout was too good for him.

During the middle rounds Ali, knowing he could not lose, increased his taunts and attacks on Terrell. Tex Maule of Sports Illustrated wrote that Ali “taunted Terrell throughout the eighth round by coming well within the range of his now useless left hand and yelling ‘What’s my name! What’s my name!’…Each time the question was followed by a tattoo of lefts and rights to Terrell’s head. At the end of the eighth as the bleeding and beaten Terrell plodded hopelessly after him, Clay stopped, glanced at the clock and yelled ‘Uncle Tom.’”[3]

Ali’s name and beliefs were important to him as showed by his fight against Terrell and his political stand that cost him the prime years of his career. Therefore, it is not surprising that the N.O.I.’s suspension devastated Ali who not only had to stay away but also had his name revoked back to Cassius Clay. Ali eventually returned to the N.O.I., remained a member until Elijah Muhammad’s death in 1975. Leadership of the N.O.I. fell to Elijah Muhammad’s son, Wallace D. Muhammad, whom Ali credits in one of his many autobiographies with his conversion to Sunni Muslim. “After Elijah Muhammad’s death,” Ali writes, “his son, Wallace D. Muhammad, took over the Nation and brought me, along with many of his father’s followers to mainstream Sunni Muslim.”[4]

Ali’s legacy is much more complex than the feel-good eulogies that appeared after his death. It was not simply a matter of Ali refusing to fight in Vietnam, being banned from boxing only for all to realize that a grave injustice had occurred and all welcomed Ali back with open arms so he could become a global icon of peace. And it certainly is not correct to say that part of his legacy involves him somehow transcending race, implying he had overcome being black to meet a level of acceptance that allowed for his near-universal praise. To say he transcended race ignores the very thing that made him Muhammad Ali. He was not Christian, he was not Cassius Clay, and he was not a coward for refusing military induction. What was he? He was unapologetically black as was every other member of the N.O.I. To remember him in any other fashion, without understanding this as his core, misses the point of who he was.