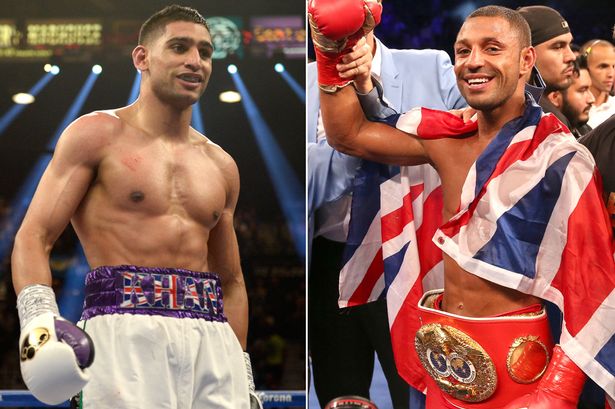 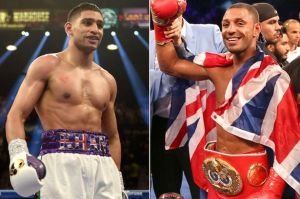 British and Irish boxing fans just love a domestic clash. Nothing gets fight fans and casuals more socially involved than a home rivalry. When George Groves and Carl Froch met in Wembley Stadium earlier this year, social media exploded with views and opinions from anyone with a slight interest in boxing. That fight broke records with an incredible 80,000 people packed into the stadium to see how the saga would unfold. It seems nothing gets the public going more than two home fighters showing a clear hatred towards each other.

The British and Irish public have cherished memories from the 1990’s of the great super middleweight rivalry between Nigel Benn, Michael Watson, Chris Eubank and Steven Collins. A time when the UK and Ireland had been producing great champions all at the same time and weight. Chris Eubank was a tough fighter and a very unique person. He had a massive ego. A highly skilled boxer with a very flashy character to match, he demanded all the attention wherever he was. His nemesis, ‘The Dark Destroyer’ Nigel Benn had entered the pro-game around the same and they had always been destined to collide.

Nigel Benn, a furious and destructive fighter, always disliked Eubank greatly and both men sparred verbally from early points of their careers. The sense of rivalry between the two was palpable and the British public simply demanded the fight. Both men claimed they would put everything on the line to win and vowed to knock each other out. The first fight was a brutal affair with Eubank becoming the victor. It then led to a highly anticipated grudge rematch. In what became one of the biggest boxing matches ever staged, 42,000 people were crammed into Old Trafford football stadium and a massive half a billion watched from all over the world.

British boxing seems now to be re-entering a stage of great home rivalries. 2015 is destined to be a great year of home match-ups. After Kell Brook won his IBF World title this year, a mega fight with Amir Khan looks very possible to happen. They both genuinely dislike each other and the public have been crying out for this fight for a few years now. No doubt promoter, Eddie Hearn will want this match-up to happen in Wembley and the fight would be easily sold to a massive crowd.

James DeGale is Carl Froch’s mandatory but the fight is in doubt because Froch may give up the title for a big fight with Chavez Jr. in a Las Vegas showdown which he craves. This could open up the door for a DeGale and George Groves rematch with a possible world-title on the line. This rivalry spans back to their amateur days and the pair still have bad blood to settle. Both fighters are young in their careers so a rematch is sure to happen but if a world-title is on the line then it makes it a massive fight.

Northern Irish star, Carl Frampton, also on the back of a world-title win, is crying out for a fight with England’s Scott Quigg. Both fighters have been calling each other out and a few disrespectful words have been spoken. Everyone involved are eager to get the fight sorted and it is sure to go ahead in 2015. Both fighters boast impressive fan bases’ especially Frampton who packs out arenas easily. Kid Galahad who is an up-and-coming fighter in the same division is taking care of opponents in fine fashion. He has been calling out Quigg and Frampton along the way and if he keeps winning he will eventually get his wish.

November of this year has some great British showdowns planned. Tony Bellew and Nathan Cleverly collide on Sky Sports PPV on November 22. They don’t like each other and they both look to settle the unfinished business which has spilled over from the first fight. Cleverly won the initial bout but recently Bellew has pushed for the rematch after a few outbursts about his Welsh rival on air. The pair look to settle the argument of who is the best cruiserweight in the country.

Tyson Fury and Dereck Chisora have been involved in colourful press conferences. They meet again on November 29 after Fury won the first bout in 2011 but Chisora was in terrible shape and has turned his career around since. Both fighters have clashed in the build-up and Fury has even been fined £15,000 by the BBBofC (British boxing board) for a foul-mouthed outburst towards Chisora.

On the same card a fight which has surprised many British fans has been added. Chris Eubank Jr. will take on Billy Joe Saunders for the European middleweight title. For many fans including myself this is a massive fight which has slipped in under the radar. Both fighters are young in their careers and many expected this fight to happen a few years down the line. I am delighted this fight is happening as both look to be great contenders in the middleweight division. It’s safe to say both fighters hate each other and it’s impressive to see two unbeaten young prospects fight each other so soon. Both fighters have been very outspoken about each other and the build-up has been highly entertaining. Saunders seems to be emotional involved and has had a few rants about Eubank who he clearly wants to beat baldy. For me this fight should be the main event on its own and if it turns out to be a great fight then I’d expect both fighters will clash again.

The next few years look to have many great British showdowns and the future seems to be bright for British boxing. The recent Olympics has been extremely successful for British and Irish boxers. Since then many of these fighters have turned professional and have been doing extremely well, like Anthony Joshua for example. I think this is an exciting time for British fight fans and the sport is gaining more and more popularity again in the country which can only be a good thing.