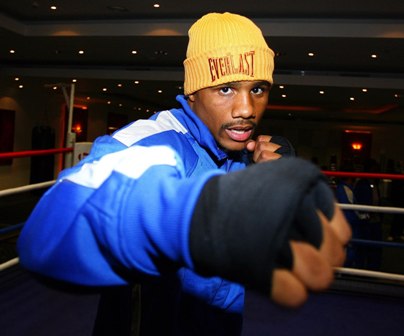 Andre Dirrell wanted to take matters into his own hands. The Flint, Michigan boxer once upon a time announced his decision to leave his promoter Gary Shaw and advisor Al Haymon to launch his own promotional boxing company Team Dirrell which seemed to never really work out. We would later hear rumors and headlines that undefeated boxing champion Floyd Mayweather was in serious discussions with Flint boxer Andre Dirrell about signing him to a contract with Mayweather Promotions. Soon Mayweather revealed “The Bomb Squad” via Twitter. He posted a picture of himself along with Dirrell, undefeated fighter Yuriorkis Gamboa and current featherweight champion Celestino Caballero and tweeted: “@MayweatherPromo slowly puts together its BOMB SQUAD,” from his official account. This also didn’t pan out for the heavily touted super middleweight contender.

It wasn’t long ago when Dirrell was becoming a house hold name courtesy of the Super Six World Boxing Classic until a tragic night when Dirrell’s departure from the Super Six would come related to lingering neurological damage from being knocked out while slipping to canvas and on his knees by Arthur Abraham.

Curtis Jackson “50 Cent,” the longtime friend of Floyd Mayweather had intended to form a promotional venture with him known as TMT Promotions. We all know how that turned out, with the two taking through twitter to air out their dirty laundry. They each posted pictures of one another with clever captions basically disrespecting each other for the world wide web to see. 50 Cent would stay true to his word sticking to his pre-existing business plan and formed SMS Promotions.

The company already has a few notable fighters in its stable, that included Celestino Caballero, Billy Dib, Andre Dirrell and Yuriorkis Gamboa. Gamboa (21-0, 16 KOs), the most fan friendly styled fighter of the group, fights today for the first time in over a year. He’ll face off against Michael Farenas (34-3-4, 26 KOs) for an interim Super Featherweight Title strap on the undercard of the Manny Pacquiao-Juan Manuel Marquez 4 pay-per-view event.

As for Andre Dirrell, in an interview ThaBoxingVoice.com conducted yesterday live at the weight in for Pacquiao vs. Marquez, he gave some insight as to when he will return to the ring and his future plans of giving the boxing public the fight we’ve been waiting for since the start of the Super Six against Andre Ward.

What was refreshing about Dirrell’s answer to the question was the fact that he himself knows that he has to start over in proving to himself and the boxing fans that he even merits a fight with Ward, who is arguably considered the best fght in the world next to Floyd Mayweather Jr. Dirrell says he’s returning on January 19, 2013. He didn’t say on which card, but we can assume with 50 Cent’s new found friendship with long time promoter Bob Arum, who’s promoting the very same card in which Gamboa is fighting on tonight and ending his year long layoff from the ring, it could be another Top Rank event. It maybe possible we see Dirrell on the undercard of Gennady Golovkin vs. Gabriel Rosado which also features Orlando Salido vs. Mikey Garcia.