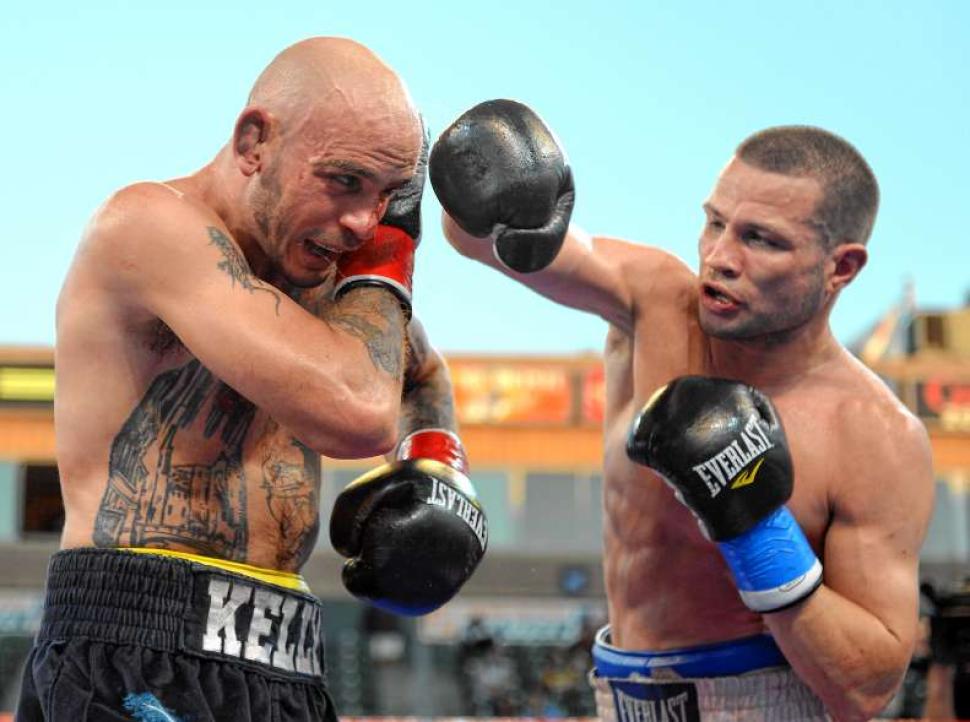 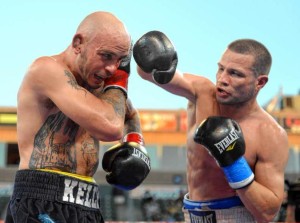 Will Rosinsky (19-2, 10 KO’s) is used to working hard and under pressure. He feels the heat when he steps under the bright lights shining down on the ring as well as in his day job as a firefighter. Come December 5th things will be no different when Rosinsky takes on his former sparring partner Joe Smith Jr.

Rosinsky was originally training for a fight in October, but those plans were scrapped once the Smith fight was on the table. His training camp has been a long one but with a break in training Rosinsky assured me that he will not have left it all in the gym come fight night.

“[Camp is] going very well.,” Rosinsky told That Boxing Voice. “It’s been warmer than usual because I was getting ready to fight, so I’ve been ready since October. I was getting ready for October, mid-October but when this fight came about that got squashed. They put me on the card December 5th, and I’ve been training ever since. It’s pretty much just been an extra long training camp.

“We [trained] the right way. Once I found out I was fighting December 5th, I took about a week or two off from the gym to get myself away mentally and physically and then came back and picked it up again because that’s what I was scared of too, over training and leaving it all in the gym.”

Within the past couple years, Rosinsky and Smith have trained and sparred together more times than they can remember. To say they know each other very well would be an understatement. Their sparring sessions were entertaining and the fact that they will get to go at it for real is great for boxing fans, but which of the two fighters will benefit most from their previous sparring sessions?

“We’ve sparred a lot. More than I can count honestly. We’ve been sparring a lot these past couple years. It’s always been competitive. I actually made a joke in the past that people would pay to watch sparring like this because it’s always good sparring. It’s good that we get to fight each other December 5th.

I think [the sparring sessions] benefits both of us in terms of a gameplan but in a sense its still not good for either of us because we have had to deal with each other so much in the past with sparring, so it’s weird like I benefit from it because I know how he fights, but he benefits from it because he knows how I fight.

We are both dealing with the same issues here, so it depends on who the smart fighter is come fight night and who takes what they have learned from the previous sparring to use it against the other guy for the fight. It definitely changes things because when you know somebody very well it can definitely change the way you fight. You know what to expect. You know what he is good at, what he is bad at.”

With the first-hand knowledge that Rosinsky has on Smith, he knows he has to avoid his power punches and that if he is able to frustrate him, he can walk away with the victory.

“I think it’s the obvious that he can punch. It’s his best attribute to have punching power in both hands, and I know that and I respect it, but he can be frustrated. I’ve frustrated him in the past, and I have to frustrate him.”

When all is said and done on December 5th, Will Rosinsky plans on having his hand raised in victory and moving on to fighting and beating the right guys to advance his career to continue moving to the next level. The heat will be on but when you train and work in the heat, it’s just another day at the office.