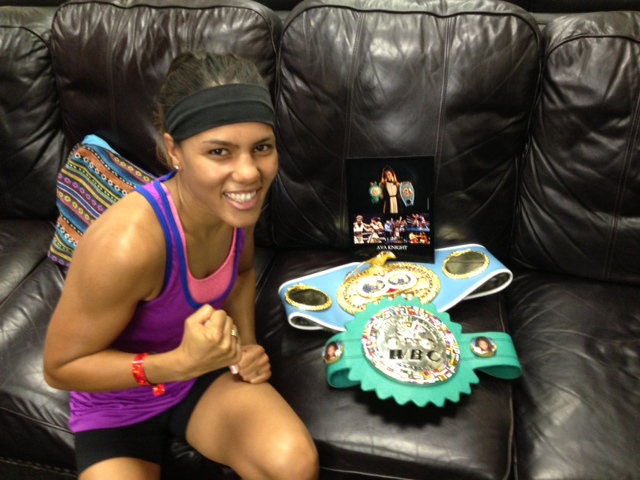 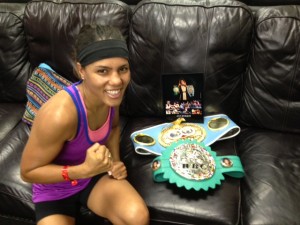 It has been over a year since Ava Knight (13-2-3, 5 KO’s) last fought. She went from being one of the top faces of women’s boxing to waiting on the sidelines for a chance to shine once again but what was the cause of that?

“We were waiting to get out of contract with our old promoter and also no fights have been offered,” Knight told Tha Boxing Voice. “I have pretty much been on stand by just waiting for a good opportunity. We have recently signed with Greg Cohan Promotions but there still is no fight scheduled after the last show has fallen through.”

Knight has kept herself busy during her time off from boxing. She moved to Las Vegas to try and gain more notoriety and eventually began coaching boxing.

“I spent most of my time working lately. Since my fight in Mexico, I moved to Las Vegas hoping that I would be able to be exposed to promoters and get my career started back up again. I went from couch to couch, to sleeping at friends houses until I finally got a job at UFC Gym Blue Diamond in Las Vegas where and got myself established coaching boxing and I love it. With all the great people I’ve met at UFC gym, I have been practicing other martial arts to hopefully get my career broadened out. There is just no end to learning for me.”

Aside from coaching at the UFC Gym, Knight ventured out to the world of professional wrestling and reality TV. She was the first to be cut from the show despite out working her competitors, but her personality was not what they were looking for.

“The WWE was a very different experience. Reality TV for a ‘sport’ that is just pretty much fake, not athletically, but just personality and fighting wise, it was difficult for me to adapt. I was cut first in the show, but it was funny. I out competed everyone in the competition, but personality wise, I’m a boxer, not a reality star. I was quiet, sat back and watched, and didn’t care to make friends. Exactly what they didn’t want.”

Although 2015 has been a dud for Knight, she plans to come back stronger and smarter next year. She would love to continue boxing but if the opportunities are not there, and women’s boxing continues to be mistreated then a move to MMA can very likely be next.

“So far we don’t have any set plans. It seems like no one in boxing is still caring about what the women are doing in the sport. My only hopes are to get it going off myself. I will train hard and hope that my promoter can set up good televised bouts for boxing and have me involved big time. Women are stepping up their game in MMA and boxing could do the same if people just put a little time and money into investing into a talented female fighter. If not boxing, I plan on making my MMA pro debut next year. I want to add that I don’t want to follow anyone’s footsteps into MMA.

I don’t look up to anyone in the sport as a woman fighter; I only want to grow myself into the most dangerous fighter on the planet. Plan on just being a dangerous fighter no matter what I do. [Boxing fans] can expect a smarter fighter [out of me]. I’m getting older, but I’ve also never stopped getting better. I am learning the craft in a different aspect. Fighting has always been my way but now I want to fight smarter and easier but still keep the fire inside my style.

I have always been a tough fighter, never knocked down and spar men because there aren’t too many women around. Next year there will be more coming out my mouth as well. I have been quiet in 2015. Expect a new and loud Ava Knight. I am at the point in this sport where I can’t care what other people say or what they are doing; I have to get it myself. Thank you to all the fans that have always followed my career. I have not yet wanted to let the sport go. I will continue to advocate for women as long as my fire still is in my heart for it. I want the young women to grow the sport to another level. Follow me @avaknightboxing and facebook.com/officialavaknight .