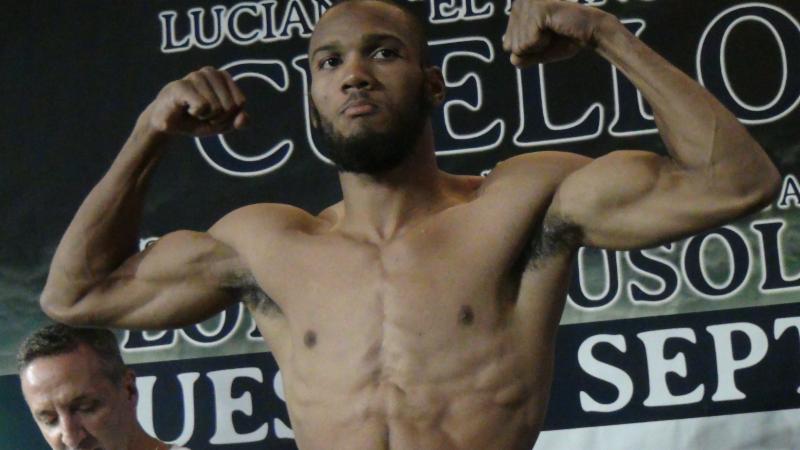 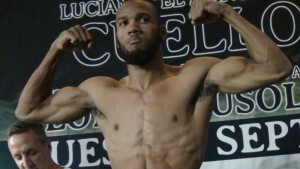 Undefeated Jr. Middleweight, Julian “J Rock” Williams has laid down the gauntlet to all boxers around the world as he wants to be the first professional boxer to be tested by BOTH USADA & VADA randomly throughout the year.

Williams (21-0-1, 13 KO’s), is currently ranked number-7 by the WBC, Number-10 by the WBA, & Number-6 by the IBF, wants to prove to the world that there would be no doubt left in anyone’s mind as he continues his quest to become world champion.

Below, Williams outlines his vision of how and why random testing is needed at the championship level

VADA vs USADA View
“I want to be known as the 1st boxer to actively participate in 365/24/7 Olympic Style Testing with two different agencies. USADA and VADA. I don’t know if I will be the best boxer of this era, that remains to be seen. But what I will prove, is that accomplishments are 100% legit. I want to be the pioneer in this. I’m presently seeking sponsors to help me. I’m not a millionaire yet, so money is an issue but I am working to get to the point where I can test continuously no matter if I have a fight scheduled or not. This will be very easy for me because I am 100% clean all the time. Not some of the time. I don’t indulge in drinking or smoking either. I don’t think it’s realistic to test every single fighter in the world. But I do think once you get ranked and/or a champion then we should be in a random testing pool. If I am able to get this done I will welcome any future opponent to participate with me. If my opponent refuses then the fans and media can draw a fair reference and conclusion.”

Last Fight
“I actually had an injury my last fight that I don’t talk about. I’ve never pulled out of a fight because of an injury and I wasn’t going to blow my opportunity to headline PBC near my hometown. So I made my mind up that I was going to blow right through my opponent. People don’t realize I had 4 first round KO’s to start my career, so I can fight like that if I choose. My trainer told me that the other fights went the distance so my fight may not be shown in it’s entirety. I kept telling him I was going to get a 1st round stoppage. So that gave me extra incentive to come through in the clutch. Cuello was a solid fighter but I knew he was in trouble from the 1st few seconds. He didn’t have the reflexes or strength to deal with me.”

Future Opponents, Post Fight Interview
“I’m not as quiet as some people think. I’m not shy either. I just don’t over talk because I will lose my edge. Close to a fight I’m in a very bad mood and I can’t lose my edge. So I don’t talk much. But I was in the zone after my fight.I had just scored a big victory in front of my folks. I love Philadelphia, I was born and raised here. But I’m specifically from West Philly and we have never had a world champion. The best fighters in Philly are usually from North Philly or South Philly. Tyrell Biggs is a mentor of mine, he’s from West Philly but he didn’t win the title. Danny Garcia and Bernard Hopkins are from North Philly…When the ref stopped the fight I was in the zone and I saw a bunch of West Philly in he house…… But honestly I knew I was going to smoke him early. My trainer had been telling me I give guys breaks sometimes by picking them apart technically. So after the ref stopped the fight I let everyone know what was up.”

“Austin Trout a potential opponent of mine who was working as a broadcaster. So I walked over and let him know what was up. Then doing my interview I let everyone know that I would go to Houston to fight Jermall Charlo for his title. But honestly I did that because my trainer was asked would I take fights with either guy. I don’t get into who I fight because I don’t care. I let him handle that. But he told me he was asked, so I just became vocal about it. But I’m not speaking on that anymore. It’s getting old and I don’t care anymore if I fight either guy. I have learned that boxing is a business. I was a little frustrated that I didn’t get either fight but I’ve learned acceptance and I have moved on. I want to concentrate on who is willing to fight and my next date. I wish those guys the best of luck and continued success.”

Next Date
“I thought I would fight 4 times in 2015 but honestly it doesn’t look that way. I definitely wanted to get 4 in because it keeps you sharp. Each fight I had this year I was sharper and sharper. Plus fighting often keeps you close to weight which is important. I was just told that I would go in January. So I just finished a two-week mini-camp just to work on strength. I’m in the heat of camp now with a return date of January 16th or Jan 23rd. I will be fighting the #1 spot in the IBF to become the mandatory contender to fight for that title. At the end of the day I was never given anything in boxing. I can’t get a champion to voluntarily defend against me. So by becoming a mandatory, I’m forcing a title shot and I plan on taking full advantage of it.”