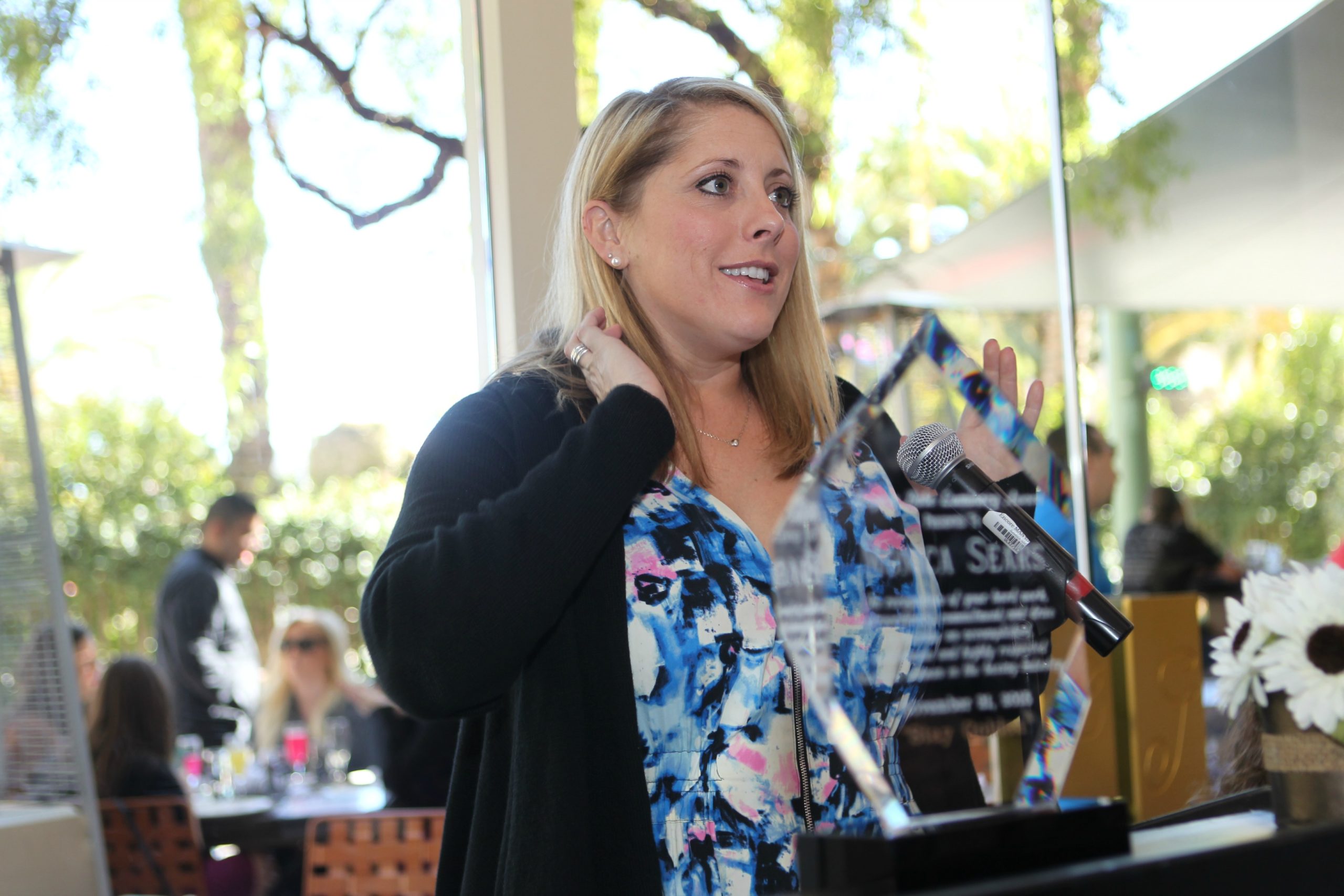 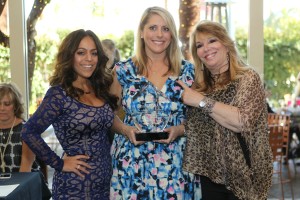 The boxing industry is full of vibrant, intelligent, strong women, and on the morning of the Canelo-Cotto mega-fight, 70 of these women gathered together at Mandalay Bay to laugh, network, and to honor one of boxing’s most dynamic women, Golden Boy Promotions’ Vice President of Operations, Monica Sears. Attendees of ‘Stay Golden,’ hosted by “Raging Babe” Michelle Rosado and “The First Lady of Boxing” Jackie Kallen, sipped unlimited mimosas at Mandalay Bay’s Border Grill, overlooking Mandalay’s Lazy River, as Kallen and others addressed the group, which boasted over 500 years combined boxing experience.

Monica Sears was awarded the Raging Babe Luminary Award in recognition for her hard work, growth and leadership over her many years with Golden Boy Promotions. Several of her colleagues were on hand to share congratulatory remarks and anecdotes about Sears’ impact on their lives and careers. From her former interns, to public relations trailblazer Kelly Swanson, to Golden Boy Promotions’ Senior Vice President Eric Gomez, to the “Alien” himself, Bernard Hopkins, colleague after colleague and friend after friend expressed respect, love and admiration for Sears.

“Monica has been instrumental at Golden Boy. The foundation of any empire starts with women,” said Hopkins on Sears’ receiving the Luminary Award. “It is really long-overdue.” 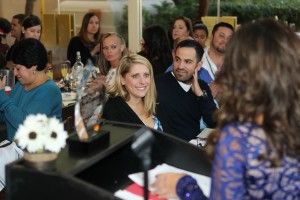 Swanson Communications’ PR ace Kelly Swanson, who has worked with Sears on many high-profile promotions over the years, submitted her own “open letter” to Sears. “Way to go woman,” said Swanson, who could not attend, but sent her remarks via email. “From the fresh-faced USC graduate to the shining star and Vice President of Golden Boy Promotions, I am so thrilled you are being recognized for both your success in the sport of boxing and for being the strong working woman in the sport that you are. 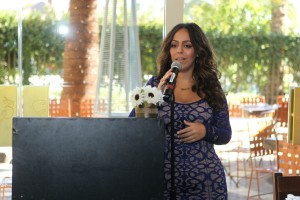 Golden Boy Promotions’ Senior Vice President Eric Gomez was nostalgic and complimentary of his colleague. “It seems like yesterday that we hired her. When Monica came in it was very apparent…I think it was in the first week I said, ‘You know what? She’s not going to be a coordinator for long,’” said a smiling Gomez. “She worked very, very hard. She fought for everything. She did her homework….she’s earned everything on her own.”

For her part, Sears was gracious in receiving her award. “I never usually speak at the podium, or if I am, I’m usually yelling at people to get off my stage,” joked Sears as she addressed the brunch attendees. “I’m very proud to be here, representing all of you, the women here in this room. I’ve developed friendships with these women. I’m so proud that after a show, all of the girls are still there. They stick by my side to finish work. We roll up our sleeves and do the work together.” 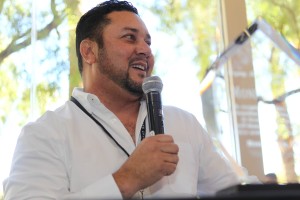 Main Events’ Kathy Duva and Jolene Mizzone, along with BAM Boxing/Peltz Boxing’s Brittany Rogers were also recognized for their roles in women’s boxing. “These women embody the Raging Babe spirit,” said Rosado. “They are lovers, fighters, and survivors. They are excellent role models not only to women newly entering the sport of boxing, but also to myself and others who have the opportunity to learn from them.”

This was the sixth such Raging Babe event, aimed at bringing together boxing businesswomen in an intimate, exclusive environment to network, build friendships and forge long-term, mutually beneficial relationships. “Standing in that room, with so many successful women, I really felt that we had put together something special,” said Rosado of the brunch. “I personally made a new business connection that I hadn’t had before, and, like at every event, I learned and bonded with other women in boxing. We talk about our wins, sometimes our losses, but always about how we can work together to be better, and add value to both ourselves and our organizations.”

Stay Golden was made possible by the generous support of the World Boxing Council, Mercury LLC, and Youth Fighting Forward, a New York-based non-profit organization dedicated to creating champions inside and outside the ring. Youth Fighting Forward has branches in Brooklyn and in Danbury, Connecticut.