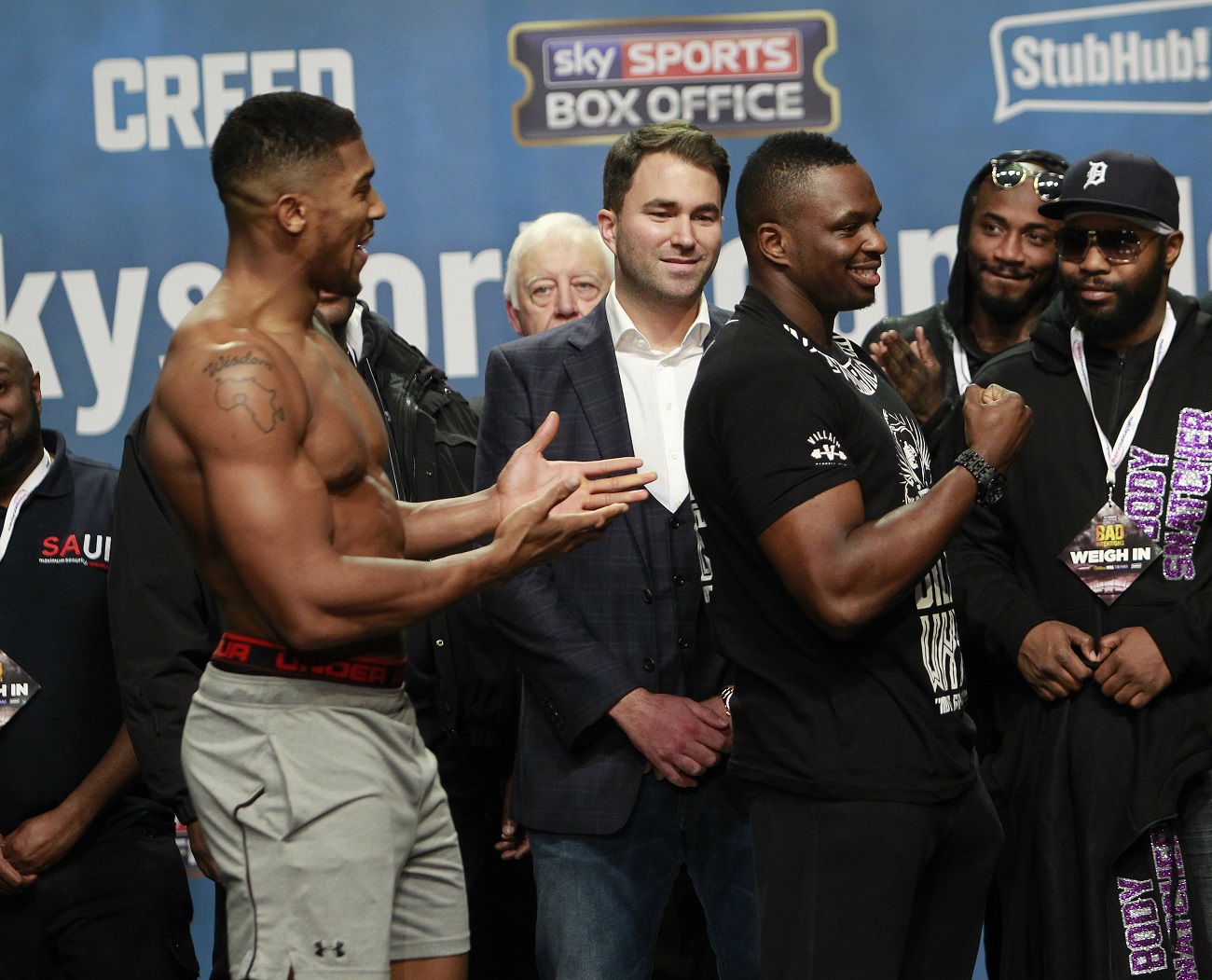 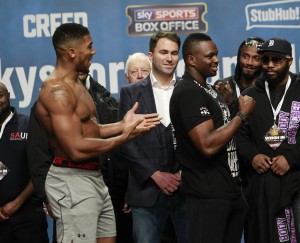 Dillian Whyte turned his back on Anthony Joshua MBE, and Spike O’Sullivan landed a kiss on Chris Eubank Jr. as the top of the bill fighters hit the scales for tomorrow’s blockbuster show at The O2 in London, live on Sky Sports Box Office.

Joshua and Whyte clash for the British and Commonwealth Heavyweight titles at the top of the stacked bill, and in front of a packed crowd at the Indigo in The O2, both men looked in fantastic shape. Whyte hit the scales first at 17st 9lbs before Olympic gold medal hero Joshua took to the stage to a thunderous reception, and weighed in at 17st 7lbs.

As the unbeaten duo squared up to go head-to-head for the fans and cameras, Whyte chose to turn his back on Joshua – before the defending Commonwealth champion walked around the Brixton man to go face-to-face for the last time before they meet in the ring.

Joshua and Whyte’s weigh-in followed an eventful one featuring Eubank Jr. and O’Sullivan. Before the fighters took to the scales, British boxing legend Chris Eubank Sr. entertained the crowd with some stylish dancing, before O’Sullivan shed his dapper suit and bow tie combination to scale 11st 5lbs. Eubank Jr. followed O’Sullivan onto the scales, but was three ounces over on his first attempt. Before he returned to make the wait at the second attempt a short time after, Eubank Jr. and O’Sullivan went face-to-face, with the Irishman planting a kiss on Eubank Jr., which was the reason the Brighton man refused to face-off with his Cork foe at the first press conference for the fight.

Joshua vs. Whyte and Eubank Jr. vs. O’Sullivan top a huge night of action at The O2 as Kevin Mitchell meets Ismael Barroso for the WBA Interim Lightweight title with the winner facing newly crowned WBA supremo Anthony Crolla.

Anthony Joshua vs. Dillian Whyte is SOLD-OUT – visit http://www.stubhub.co.uk/matchroom-boxing-tickets/ to get your hands on tickets.

StubHub is the official ticket partner and marketplace of Matchroom Boxing and Anthony Joshua MBE.

Running order (subject to change) with weights (where available)