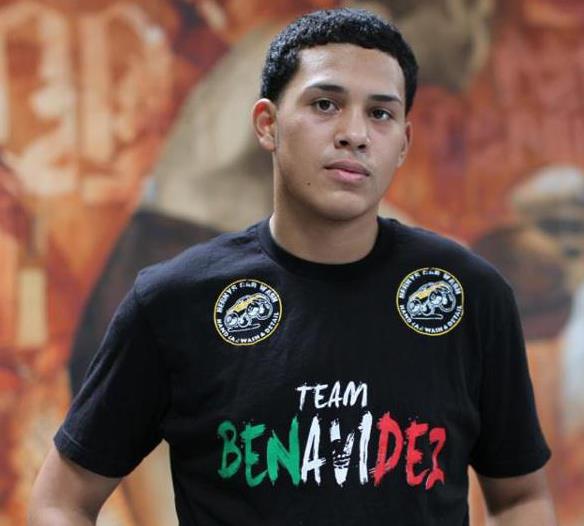 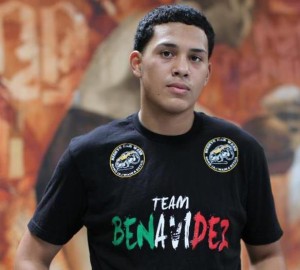 One of the most exciting young prospects in boxing, the fearsome-punching Benavidez (11-0, 10 KOs) will face Burlington, Vermont’s Kevin “The Vermont Bully” Cobbs (10-1, 4 KOs) in an eight-round light heavyweight battle.

Benavidez’s rising star caught fire in his last ring appearance, a brutal, nationally televised TKO 1 over Felipe Romero last November that has the entire boxing world buzzing about this fresh new face with the cast-iron fists.

“It’s a great feeling to give the fans what they want,” said Benavidez of the victory. “I knew something big would happen that night. I could feel it. It feels good knowing that people want to see me fight.”

An established and respected trainer in his own right, Benavidez Sr. says he appreciates the new perspective any other world-class trainer can bring to his fighters’ skill sets. “I’ve been doing this for 18 years. For four years I was working in Freddie Roach’s gym, learning everything I could absorb. I’ve been to Robert Garcia’s Gym, spent a lot of time there. Also the Diaz brothers. I’ve been to Abel Sanchez’s gym. And now Hector Bermudez… All these gyms I visit; I learn new things. As a trainer, you never want to stop learning.”

Not wanting to lose a day of training, Benavidez spent his December birthday, and all of the ensuing holidays, in the gym training for this upcoming fight. The young fighter says he’s coming to California with a specific game plan for Cobbs: “I’m not here training to go the distance,” he said. “I’m coming to knock this guy out. I’ll be on my A game that night and I hope he is too.”

Promoter Lewkowicz says the plan is to keep the young prospect busy through the new year.

“David is something special,” said Lewkowicz. “He will continue to learn from his father and from other experts. This year will be very important, as the entire world will come to realize his amazing abilities. We will keep him busy this year and let fans all over the country get to know his power.”

Benavidez turned professional at 16, but was forced to ply his trade in Mexico until age 18, when he was legally allowed to fight in the United States. The ultra-talented youngster has already sparred with many of the best fighters in the world including Kelly Pavlik, Gennady Golovkin and Nobuhiro Ishida to name a few.