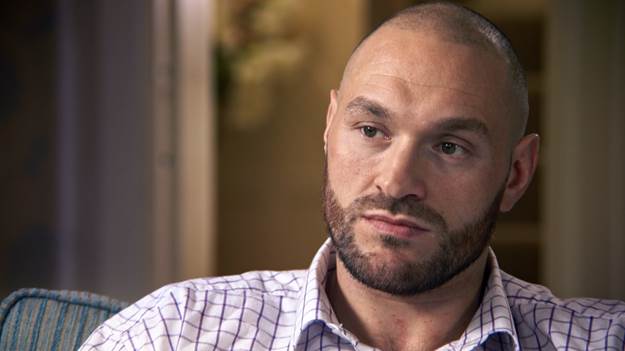 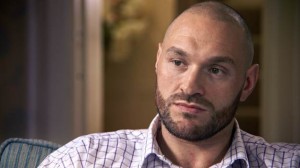 REAL SPORTS WITH BRYANT GUMBEL, TV’s most honored sports journalism series, returns with an all-new season of enterprising features and reporting when its season premiere and 226th edition debuts TONIGHT (10:00-11:00 p.m. ET/PT), exclusively on HBO.Wladimir Klitschko dominated the heavyweight division for more than a decade. But on Nov. 28, 2015, before a pro-Klitschko crowd in Dusseldorf, Germany, the United Kingdom’s Tyson Fury pulled off the biggest upset of the year, routing the unified champ by unanimous decision to become the new heavyweight champion of the world.

Within his team, which is composed entirely of blood relatives, the triumph was considered destiny, as he is the direct descendant of two bare-knuckle boxing “kings” from a nomadic clan of Irish gypsies known as Travellers. Today, the 27-year-old, six-foot-nine, undefeated champion is more confident than ever of his boxing prowess and has become known for his brash antics and controversial views. REAL SPORTS correspondent David Scott joins Fury in his Manchester hometown, exploring the fascinating world of a modern-day gypsy king.
In beating Wladimir Klitschko and doing what 18 title challengers before him could not, Tyson Fury shocked the boxing world and claimed its greatest crown.

TYSON FURY: “’From the United Kingdom.’ And it took a second to sink in. And I thought, ‘Yes, that’s me.’ Hands up. I’ve won it. I am the man who beat the man. And I always knew it, and I always said it. So not being big headed, but told you so.”

In Fury’s mind, this was destiny. Fighting is what he was born to do, he says.

On his first day back to the gym since the Klitschko fight, in his native Manchester, England, it was certainly a family affair.

Fury sparred with his brother Tommy while his cousin Hughie trained all under the watchful eyes of his father John and uncle Peter. Even Fury’s four-year-old son Prince is now learning the family business.

For ten generations, the Fury men have been bare-knuckle prizefighters which is the preferred sport of their nomadic clan the Irish Travellers – a band of gypsies -who have roamed Ireland and the United Kingdom for centuries.

TYSON: “If two men have got a problem, they fight about it. They don’t involve the law. It’s got nothing to do with the outside world. Our Traveling community settles our own disputes by fighting bare-knuckle outside on the street.”
DAVID SCOTT: “What does it mean to be king of the gypsies?”
TYSON: “It means you’re the best bare knuckle fighter in the world.”

In Fury’s bloodline, there are two gypsy kings. One on each side of his family and when Fury’s parents were dating, the gypsy king on his mother’s side foretold a kind of prophesy to Peter Fury, Tyson’s uncle.

PETER: “’Your brother,” he said, “is seeing my niece.” And he said, ‘Can you imagine what kind of offspring they’re going to have?’ And he said, ‘If they ever get into boxing,’ he said, ‘we’re destined to have a world champion.’ I’ll never forget that.”

Like most Traveller boys, young Tyson longed to fight. So his father invited him to spar and found out the hard way that Tyson had a gift.

TYSON: “I hit him with a right hook to the body. To the ribs. And I mean, I remember him letting a loud scream out. Ah!”

JOHN: “Smack in the ribs. Out of all them fights and all them problems in me life, I never even got a broke bone. I’m messing with a 14-year-old boy, got me ribs broke.”
DAVID SCOTT: “Did you feel proud?”
JOHN: “Hundred percent. I wish he’d broke me other rib as well. And me jaw.”

And as Tyson grew, that power became stoked by a growing anger as he became aware of the bigotry focused on his gypsy clan by mainstream society.

TYSON: “Travelers have been persecuted for thousands of years. And even me now as the heavyweight champion, no matter what I achieve and who I beat or what country I represent, deep down I’ll always ever be a dirty gypo. Cause every country a Traveller goes to, a gypsy goes to, they’re hated. They’re the most hated race of people on Earth.”

DAVID SCOTT: “I’ve been struck by the many slurs aimed at your people.”
JOHN: “’You Pikey bastard, you Gypsy bastard,’ that means nothing to me. I can smile about that. I can’t even get upset over it because we’re used to it. I’m a gypsy through and through, traveling man. Call me what you will. I’m proud.”

Fury fought his way toward the top of the rankings, driven to silence the slights and slurs of others.

TYSON: “’Tyson is rubbish. He’s a dirty gypo who cannot fight. Our man will kill him.’ And guess what? Not one of them could. What fuels me is the hatred of people. How much they hate me and how much they want me to fail? And how much I’m not going to let them get their way.”

When the first bell rang, the odds against Fury seemed insurmountable. He was in Germany, and most of the 50,000 fans in attendance were against him. But that, of course, is just the way Tyson Fury likes it. Just more fuel for his resentful rage and by the last bell, the Fury family prophecy had been fulfilled.

PETER: “To beat the super champion in Germany will never, ever be repeated. No matter what he does in the future, will never be as glorious as that moment.”

JOHN: “It was the defining moment in our lives. And at the end of the day when he got the decision, well, it’s unbelievable.”

PARIS (WIFE): “I went up the steps, I said, like, ‘Get me in, get me in.’ Like, I told the security people, ‘Let me in.’ I got in, and when I found him, he started to cry when he saw me, I was crying.”
TYSON: “Serenaded her to the world. The Aerosmith song that was used on the film Armageddon, where they saved the world. And I saved the world from a boring era of Klitschko.”

How long the era of Fury will last is anyone’s guess. In the meantime, he’s going to revel in making history by becoming the first gypsy king of world heavyweight boxing.

TYSON: “Seven billion people in the world, and to be the best fighter out of all of them, it’s a hell of a fate.”
DAVID SCOTT: “You call yourself the gypsy king. What does it mean to you now?”
TYSON: “It’s a great honor of mine because even after I’m dead 100 years, my people will talk about the gypsy king, and that was Tyson Fury.”