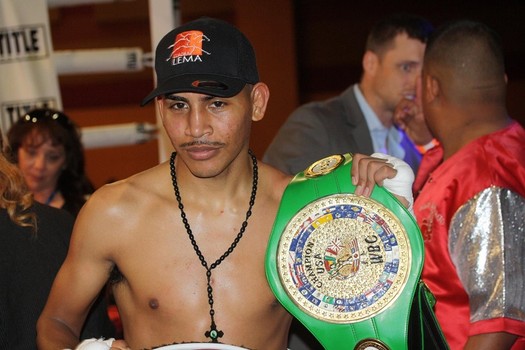 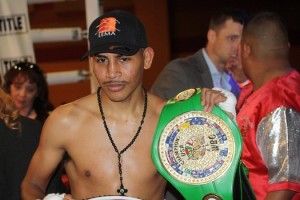 “I’m real excited about this fight and to be headlining on FS1 and FOX Deportes,” said Santiago. “My opponent is a very solid fighter that I look forward to battling. I can go in there and box, but I love to get in the middle of the ring and exchange if I have to. I’m sure it’s going to be a war on February 16.”

“This is a great opportunity for me, and I’m going to take full advantage,” said Ruiz. “I am going to be aggressive and not let my opponent get comfortable for one second. I’m coming for a knockout, so I hope he doesn’t underestimate me.”

Tickets for the live event, which is promoted by Mayweather Promotions, are priced at $25 and $50, not including applicable fees, and are on sale Tuesday, February 2 at 10 a.m. PT. Tickets may be purchased online at: http://www.samstownlv.com/entertain, by calling (702) 284-7777, or at any Boyd Gaming box office.

A pro since 2009, the 25-year-old Santiago is unbeaten in his last nine bouts and is coming off of a victory over Gustavo Molina in October 2015. The Phoenix-native also defeated Javier Gallo and Antonio Tostado Garcia in 2015 and has not taken a loss since 2012. His most impressive triumphs came over once-beaten fighters Alex Rangel and Hanzel Martinez, both of whom he beat in 10-round bouts.

Fighting out of Oxnard, California, Ruiz has fought professionally since 2011 and won the first nine bouts of his career. The 24-year-old is coming off of a November 2015 victory over previously unbeaten Roy Tapia in a hard fought fight that also took place in Las Vegas.

Representing Toledo, Ohio, Parker won the first seven pro fights of his career and looks to collect another victory on February 16. The 30-year-old has picked up stoppage wins over previously unbeaten Dwayne Williams and Brian Holstein.

Originally from Los Angeles but fighting and training out of Las Vegas, Bellows enters this fight on an eight-bout winning streak. The 30-year-old will look to continue to keep the momentum going as he builds on to his four wins from 2015 and earn world title contender status in 2016.

Unbeaten and fighting out of Atlantic City, New Jersey, Aikens is looking to get a big win to start 2016. The 26-year-old closed out his 2014 with a win over previously unbeaten Sherman Artis Jr. before defeating Edgar Perez in 2015.