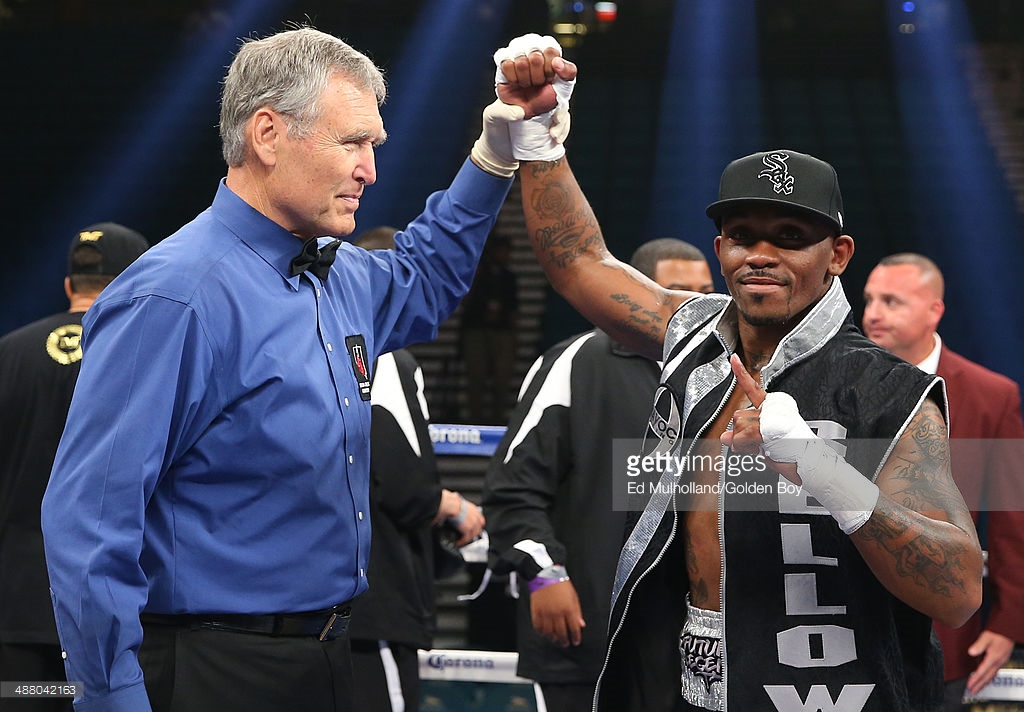 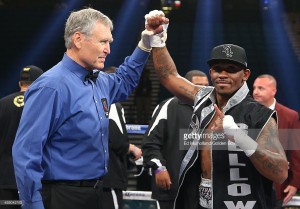 The eight-round super middleweight contest is the first televised appearance of the fighter who lives in Las Vegas and trains out of Floyd Mayweather’s Mayweather Boxing Club. Televised coverage begins at 9 p.m. ET/6 p.m. PT and is headlined by Alexis Santiago (20-3-1, 8 KOs) taking on Erik Ruiz (15-4, 6 KOs) in a 10-round bantamweight showdown.

Tickets for the live event, which is promoted by Mayweather Promotions, are priced at $25 and $50, not including applicable fees, and are on sale now. Tickets may be purchased online at: http://www.samstownlv.com/entertain, by calling(702) 284-7777, or at any Boyd Gaming box office.

Bellows is set for his most high-profile fight to date and shared his thoughts on training camp, his promoter Floyd Mayweather, his opponent and more:

How is training camp going?

Training camp is going beautifully. It’s going as planned. I’m training with Otis Pimpleton and Rafael Ramos at the Mayweather Boxing Club. I’m doing everything they are asking for, and we’re more than prepared for this fight.

What do you know about your opponent?

I know he’s tall and that he likes to box a little bit. I know for sure that he’s going to lose on February 16. He doesn’t have a chance of winning. He jabs and runs well, so I’m preparing for that. I’m going to come into the ring and bring all I got.

You’ve fought in Las Vegas more than anywhere throughout your career. What does it mean to you to be a “Las Vegas Fighter”?

It’s definitely a beautiful thing. Las Vegas is the boxing capital of the world. I’m a resident of Las Vegas now so fighting in where I consider to be my home means a lot of fans, family, and team support.

What are the advantages you have in training at the Mayweather Boxing Club with the other Mayweather Promotions’ fighters?

There’s a level of competition here that motivates me to strive harder and to do my best. When you look to your left and your right, everyone here is trying to do the exact same thing. We have the same goal in mind. It definitely keeps you focused and pushes you to keep going.

How influential has Floyd been in your career?

Floyd has been very influential in my career. He’s the reason for me even being a part of Mayweather Promotions. His work ethic is something I try to mimic and gives me the motivation to take my career to the next level. It’s a very positive and impactful influence. Floyd leads by example. He’s a very busy man so he can’t always be at the gym. But when he does come in, he advises me on things that I need to work on and how I can improve myself. He always brings that positive energy wherever he goes.

What are your thoughts on fighting on television for the first time?

It was bound to happen. At all the other fights I’ve participated in, there are always cameras rolling. The only difference now is that I’m going to be televised. I’m still going to go out there and take care of business. There’s always pressure whenever you enter the ring but for me being televised just adds to my motivation. I get to showcase my talent and the work I’ve put into my training for everyone to see. At the end of the day, whether I’m on television or not, I’m still a fighter, and I’m here to win.

What are your goals for your career in 2016?

My goals for this year are to be a minor belt holder and a contender for a world championship belt. I just want to be able to build on to my legacy for my family, friends, and my fans. I want to be the best I can be, not just this year but for my entire career.