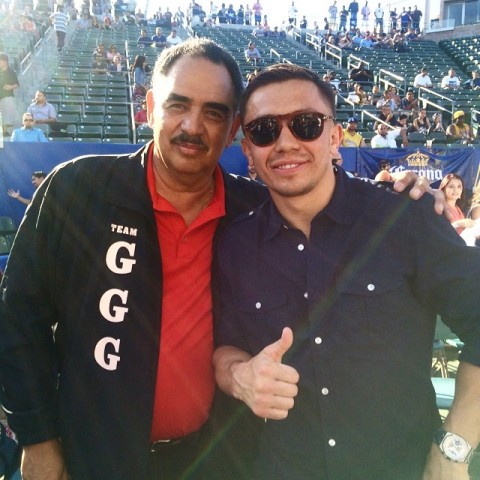 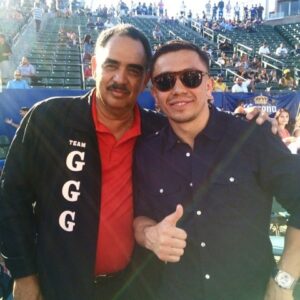 For most in boxing, the second round destruction of Marco Antonio Rubio at the hands of Gennady Golovkin wasn’t a big surprise but the reception a fighter from Kazakhstan received in a majority Mexican crowd was. Granted the event was called “Mexican Style,” but Golovkin sold out a venue that many Mexican and Mexican Americans have not been able to sell out as a headliner.

His trainer, Abel Sanchez was more pleased with the way Golovkin was received over the sellout.

“I don’t think it’s the sell out, it’s the reception,” Sanchez told ThaBoxingVoice.com. “When you have Mexicans here cheering for a Kazak against a Mexican, I think that speaks volumes. So as far as him not having any fans that excuse shouldn’t even be uttered anymore.”

Though the sellout is certainly a feather to keep in the hat says Sanchez.

“He’s sold more tickets here than anyone has in the venue. It means a lot to him and me that he has done it in a humble way that respects the sport that respects the fans. We kept the ticket prices low but people still spent hard earned money to come see him and we certainly wanted to deliver.”

Deliver they did as the crowd of over 9,500 people went ballistic when he spoke Spanish and the chants of “Triple G, Triple G,” echoed through the Stub Hub Center’s walls. Golovkin stated he would love a fight with Miguel Cotto or the winner of Miguel Cotto-Canelo Alvarez, should that fight happen next year. But if you ask people in the sport, a fight with either man next year is unlikely. If Golovkin wants that signature fight, it may have to come at 168 lbs., where the likes of Carl Froch, Julio Cesar Chavez Jr., and Andre Ward reside.

Sanchez feels a move up isn’t out of the question.

Sanchez also holds firm that Golovkin will go to England to fight Froch as well.

“We’ll go to England. He’s a world champion. He’s going to go anywhere where there’s a demand for him and where the terms are correct for him,” stated Sanchez.

The ratings and ticket sales were a hit for Golovkin. But just how far away is he from being a superstar in boxing? Sanchez feels its close.