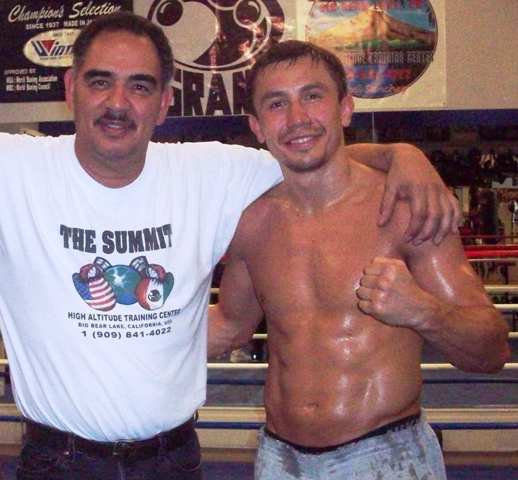 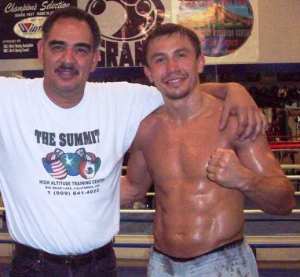 Murray, who besides a controversial loss to Sergio Martinez and a draw to Felix Sturm has a perfect professional career, is expected to be Golovkin’s biggest test so far. Leading up to the fight, ThaBoxingVoice.com had a chance to speak with the trainer of ‘Triple G’, Abel Sanchez.

The legendary trainer, who owns a gym on high altitude in Big Bear Lake, California, gave his opinion on his fighter’s upcoming opponent.

“They are all good fighters before they step into the ring with Gennady. But in this case, Martin Murray has proven that he is a top caliber guy. We are looking for a tough fight. A fight that is even going to advance the notoriety of Gennady. Murray is over 6-foot tall. A solid middleweight. A guy that can actually fight and has done very well at the highest level.”

Murray is indeed a solid and big middleweight. He is known for his come-forward style. We asked Sanchez whether he feels if this style is an advantage or disadvantage to Golovkin.

“As a coach, when you get early knockouts from your fighter it is difficult to surmise where he is standing. The more tough fights we get, the more he is going to have to think about the things we do in training. Practice the things that are a little more difficult.”

A week ago, at the Barclays in Brooklyn, New York, a new force in the middleweight division introduced himself to the American audience. David Lemieux beat up and eventually stopped the durable Gabriel Rosado.

We asked Sanchez to shine his light on the Canadian fighter and what he thinks of a potential fight between him and Golovkin.

“Lemieux is still a little green. He is a big puncher, a big, strong kid. Hopefully that is a fight that the public demands and Lemieux won’t say that the money ain’t right. Because that always seems to be the issue. If he is as good as he thinks he is, then he should fight us. We never ducked anybody. Anybody in our division we are willing to fight. In the other divisions, it depends on the public demand.”

“But we believe Lemieux is a formidable challenge for us sometime in 2015. Hopefully the people behind him put a fight together with Tom Loeffler of K2 promotions. Because I think that is a big fight in Canada. The Bell Centre in Montreal will be rocking for that fight.”

To conclude the interview we asked Sanchez to compare Lemieux’ punching power to that of Golovkin. Sanchez’ answer was as clear as it could be.