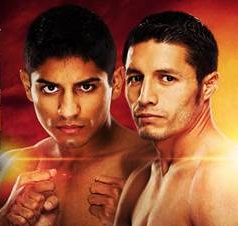 The ongoing feud between former three time world champion Abner Mares and current world champion Jhonny Gonzalez seems to be far from over when the two fighters took to social media to trash talk each other. The trash talk ensued after a tweet posted by Jorge Arce.

After the two had a small back and forth on the Arce tweet, Mares took to his own page to attack Gonzalez.

“You can adorn yourself with someone else’s wings but you can’t fly with them. Sorry Jhonny Gonzalez,” said Mares.

Gonzalez retaliated right away. “I don’t need to fly with your wings. With one hook I cut your wings and while they were counting you I was flying with the WBC belt.”

Arce was also targeted for one of his tweets directed towards Gonzalez. “When you remember that you are a man I am ready to end your career.”