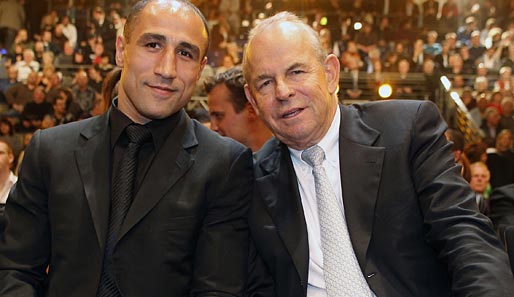 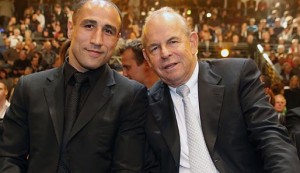 WBO World Champion ‘King’ Arthur Abraham (43-4, 29 KO’s) has signed a contract extension with Team Sauerland, which will keep him tied to the powerhouse promoter until the end of 2017.

Having previously agreed terms, Abraham put pen to paper following his sensational sixth-round TKO win over Robert Stieglitz on July 18 in Halle, and now, the 35-year-old two-weight World champion is ready to continue his reign at the top of the super middleweight division.

‘’Weeks before my last fight, it had already been agreed with a handshake that I would be extending my contract until the end of 2017,’’ reveals Abraham. ‘’But before signing, I wanted to prove to my team and my fans that I can still perform at the highest level. I proved that by beating Robert, and now my signature is on the contract.’’

‘’With his brilliant knockout against Stieglitz, Arthur has shown that he is still one of the best super-middleweights on the planet,’’ said promoter Kalle Sauerland. ‘’The hunger is still there and now it’s time for him to cement his legacy.’’

‘’The Super Six tournament may have come a little too early for me,’’ reflects Abraham. ‘’But now, I have without a doubt arrived in the super-middleweight division. I love challenges, and I want to test myself against the very best. My ultimate aim is unifications. I want to prove that I‘m number one in my weight class.’’