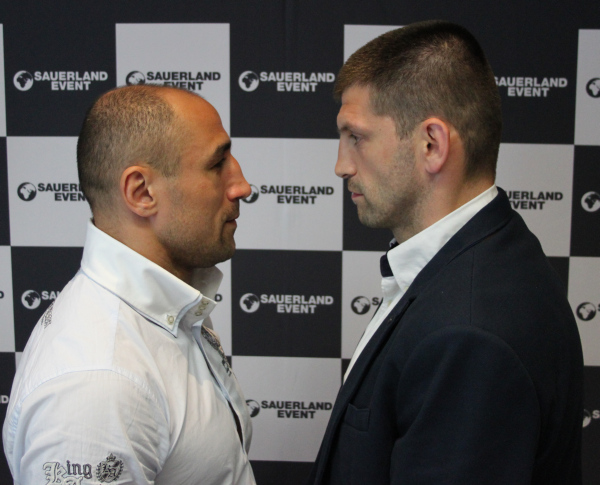 Here are the main quotes from today’s kick-off press conference ahead of the fight between WBO Super-Middleweight World Champion Arthur Abraham and Nikola Sjekloca on May 3 at the Velodrom Berlin, Germany, which will host its first ever world title fight.
Nikola Sjekloca: “I am going to dethrone the ‘King’ Arthur and take his title away. Last year, I had a competitive fight against Sakio Bika, who went on to win the WBC Belt. Now I want to win the WBO Title and unify against Bika in a rematch. I do not underestimate Abraham as I am following his career since he had his first world championship fight. I studied his style in detail and know how to beat him.”
Arthur Abraham: “To study my style by watching videos is one thing, to step into the ring against me the other. I am leaving for training camp tomorrow morning. I know for a fact that my coach Ulli Wegner will come up with the right game plan for me to be victorious on May 3. I am really looking forward to defend the WBO World Championship in my hometown of Berlin.”
Tweet