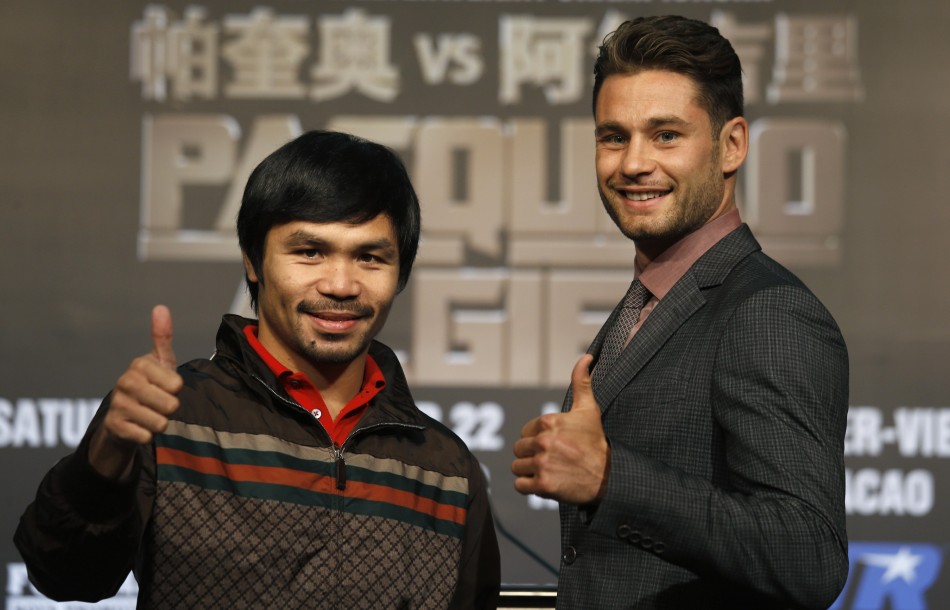 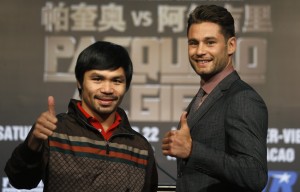 On November 22nd, 2014 when Manny Pacquiao fights Chris Algieri on Pay-Per-View (PPV), you will now have two options for ‘getting’ the fight, the first of which is paying the fee (normally $60-$70) by purchasing the PPV event to see the fight in your living room. The second, and newest, option is by choosing to listen to LIVE commentary on the Action Audio Apps, Inc. free app hosted by five-time world champion, Vinny Paz, along with guest commentary hosts Bill Buckbee, Dick Flaherty, and renowned odds maker, Super Foo! The team of hosts will also be taking calls, throughout the night, from a star-studded list of long time boxing analysts.

“We are simply providing a service,” says Action Audio Apps, VP, Bill Buckbee, “so people who can’t afford to see the fight and don’t want to read about it the next day, can now have a choice and listen to a commentary in real-time from a five-time world champ; someone who has been in that ring and can paint the picture round by round.”

According to Action Audio Apps, “this will not be a rebroadcasting of the PPV event. Instead, we will be providing our very own broadcast with insight of the fight, real-time results, commentary, and even offering updated lines and rounds scoring with insight from odds maker, Super Foo.”

“It’s an interesting way to experience the fight,” says Buckbee. “It’ll be like you’re hanging out with Vinny Paz in his living room while the fight of the year is on mute from other commentators. We expect listeners from around the world to take advantage of this free broadcast on Action Audio Apps’ free app. It’s a no-brainer! And you might just want to turn down the PPV volume and join us.”

You can catch Action Audio App’s broadcast of the fight at 8pm, November 22nd, 2014 via Action Audio Apps’ free mobile app for Smartphones and tablets, or on their website www.actionaudioapps.net.
Download the FREE app from Google Play or the App Store and get ready to listen, at home, on the road, and around the world! No matter where you are, you won’t miss a moment of the action.
ABOUT ACTION AUDIO APPS

Action Audio Apps, Inc. is a media company dedicated to providing new and engaging fan experiences in the world of sports and entertainment. With weekly broadcast shows, and by providing direct game audio and post-production video, they have worked in the worlds of Arena Football, Golden Gloves Boxing, Drag Racing, Ice Hockey, and even Stand-Up Comedy. The app is available for download in Google Play and the App Store and can be found at actionaudioapps.net.