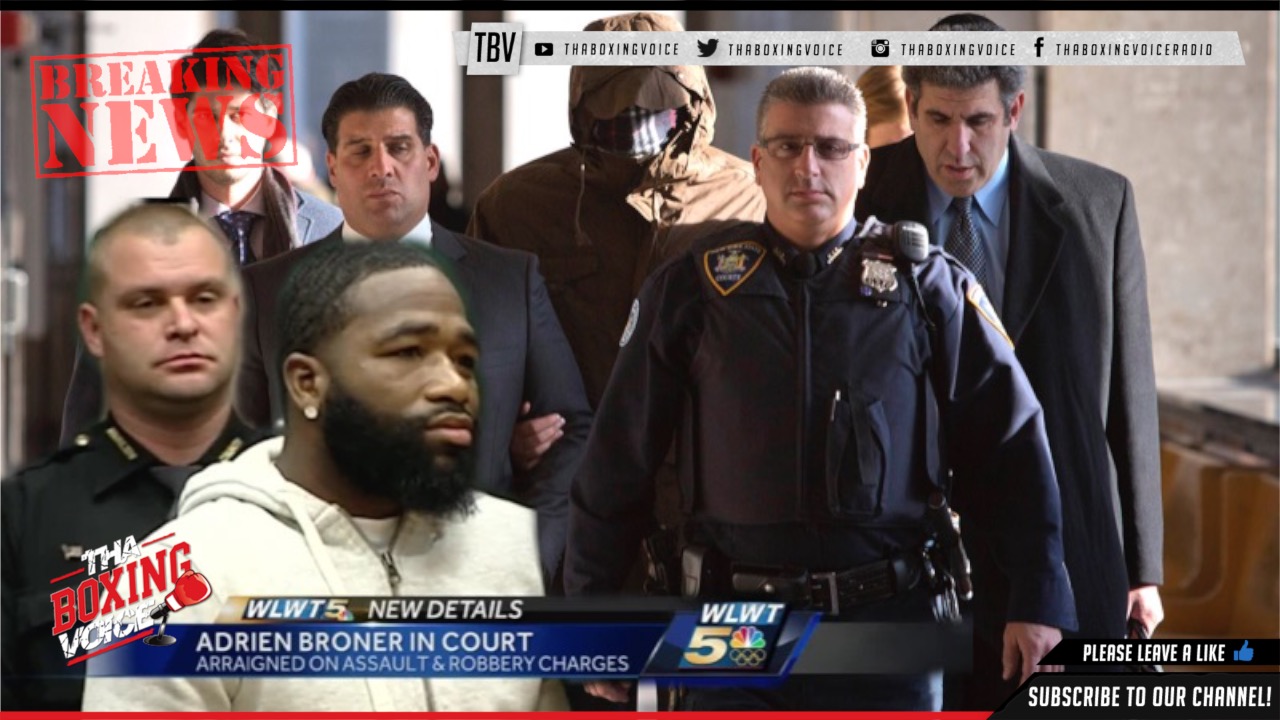 On today’s show, Thaboxingvoice’s panel will discuss Four-weight world champion Adrien Broner turned up late for a court hearing and will spend the next month behind bars as a result. ‘The Problem’ was due to face charges of assault over a January incident outside a bowling alley but arrived three hours late and appeared “drunk” or “hungover” according to the presiding judge in Hamilton County, Ohio.

According to the transcript of the hearing, Judge Robert Ruehlman said to Broner: “You don’t look well. You look like you have a hangover.”

“I have been sick all morning,” Broner responded. “When I finally got well, I called my lawyer.”

“It’s not a good excuse,” Ruehlman said. “He looks like he’s drunk or hungover. To coin a little boxing phrase – you’re not ducking this one.”

And, of course, we will be taking live calls on air from you the voice of the people. From Alumni to first-time callers, we encourage everyone to call 646-478-3068 to voice your opinion. And remember you can express your opinion in writing by becoming part of the team and writing for the site- contact Nestor Gibbs at [email protected] Potential for substantial growth within the field of boxing journalism.

Intro and video overlays made by our graphics designer, Sharrod: