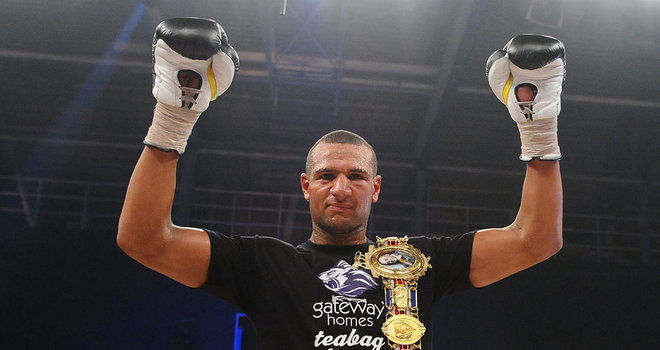 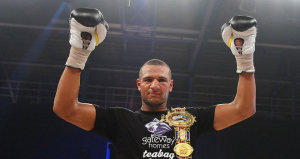 The double-title affair follows a ten-rounder the duo shared in December 2012, a fight Ajisafe won comfortably over the distance. Naturally, the result of their first meeting has given the Yorkshireman ample confidence going into the rematch.

“I’ve already laid the blueprint on how to beat him,” said Ajisafe, 13-2 (4 KOs). “I’m the only one who has done it. That will probably play on Dickinson’s mind a bit. He knows he couldn’t get to grips with me at all last time. He knows I’m a puzzle he can’t solve.

“But that doesn’t mean I’m resting on my laurels or just assuming I’m going to beat him in exactly the same way. In fact, I’m not reading too much into that first fight. This is a different occasion now, a new day and a new fight. Every fight is different. I’ve got to prepare like it’s the biggest fight of my life and I’ve got to defend my British title. I’m putting everything on the line again. I’m taking it very seriously.”

Dickinson has won four fights on the spin since suffering his sole professional loss at the hands of Ajisafe. What’s more, earlier this year he waged a ‘Fight of the Year’ contender with Matty Clarkson. Ajisafe watched his rival’s progress with a keen eye.

“From what I’ve seen of him since our first fight, I don’t really think he’s changed that much,” said the 29-year-old from Brendan Ingle’s Wincobank gym. “I can’t see him changing his style. He fights in a certain way and that’s just the way he is.

“I expect him to be a little bit more geared up for this fight and a bit more aggressive because of what happened last time. He’s got revenge on his mind and has a point to prove.

“I’ve got no points to prove. I’ll be calm, relaxed and just do what I’ve got to do. If he wants to be a bit more aggressive this time round, it will probably be to his detriment. I’ll adapt accordingly and deal with him.”

Though a hit-and-move stylist with a strong emphasis on defence, southpaw Ajisafe hopes to go one better than last time and halt Dickinson within the scheduled distance. That kind of result, he believes, would mark progress.

“It’s hard to get motivated to go over old ground and beat someone you’ve already beaten,” he conceded. “It feels like I’m going back on myself. I was in this position a couple of years ago and it feels a bit of a step back for me.

“But it’s all about the Lonsdale belt being on the line. That is what has got me up for the fight and that is what motivates me. I have to defend that belt and I’ll go all out to do so.”