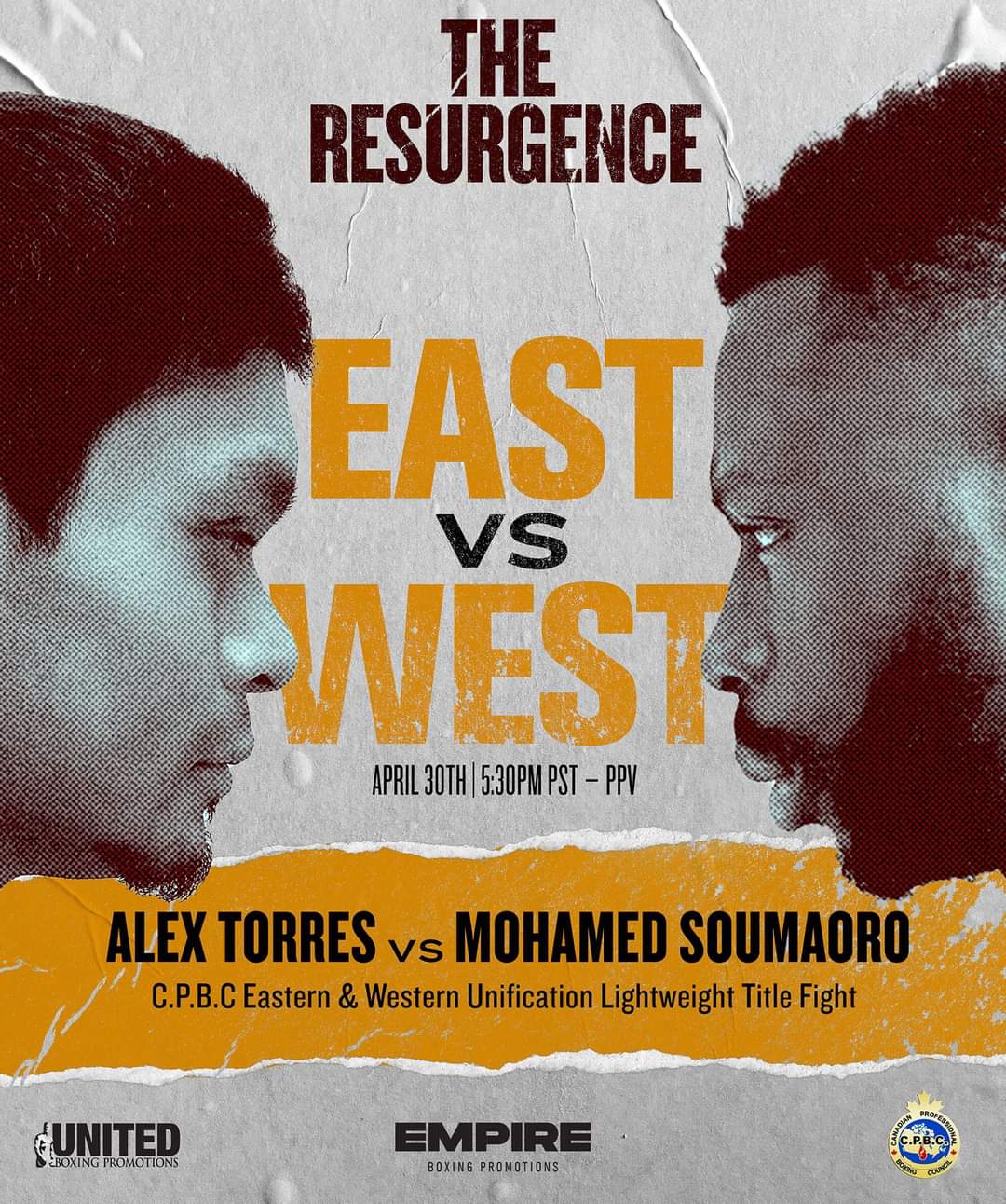 Two years ago Alex Torres Rynn had the biggest fight of his career against an up-and-coming Gabe Flores Jr. After that fight Rynn planned on continuing to fight but things fell through the cracks and then Covid hit in 2020 and everything shut down.

Rynn moved to British Columbia earlier this year and it did not take long for the opportunity to knock. Empire Boxing Promotions signed Rynn to a fight with Mohamed Soumaoro in an East meets West C.P.B.C. Canadian Championship bout on April 30th.

News broke on April 24th that Soumaoro failed his medicals and will no longer be facing Rynn which has left the Mexican-born fighter disappointed.

“I’m very sorry to inform everyone that the ‘Black Buffalo’, my opponent, has failed his medical,” stated Rynn via social media. “I don’t know the full logistics of it and hence the cliche, ‘You don’t play boxing.’ I wish him the best recovery and in terms of the title fight next week it looks like my dreams are postponed for the moment. Empire Promotions I’m sure is looking for a last-minute replacement, I’m happy to oblige in whatever manner but realistically I am very deflated and disappointed. And no one is to blame I don’t think, it’s just the way she goes.”