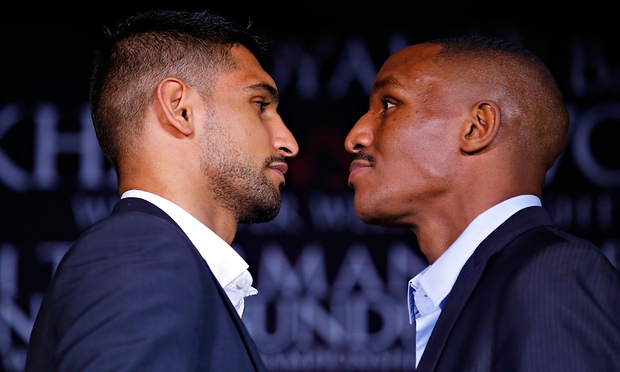 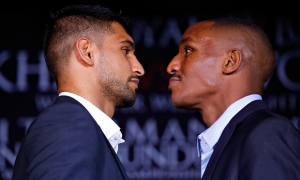 On December 13, Amir Khan will finally face Devon Alexander in a non-title welterweight showdown. The fight was rumored to be almost a done-deal on several occasions in 2013. But yesterday, the fight was finally made official at the press conference.

After the press conference, Khan took the time to answer several questions from the media. He spoke about his new tactics and about him being an exciting fighter with a big heart.

“I used to throw lots of combinations and ended up getting caught in between,” the fighter admitted. But since the 27-year old fighter starting working with his new trainer Virgil Hunter, they have been working on these flaws in his game.

“Now we are thinking about every shot we throw. We make every shot count. We are not throwing shots blindly, like we used to do. You already saw this in my last fight against Collazo. I had a connect percentage of over 50%.

While the British fighter of Pakistani descent is working on his defensive flaws to prevent himself from being hurt and getting knocked out again, Khan wants to stay exciting.

“It is in my blood. You go in there to do your job. I love boxing, I love the fans. I want to give them an exciting fight.”

The former IBF and WBA light-welterweight champion later explained why he thinks that he is such an exciting fighter.

“It is because of the exciting skills I have. The movement, the speed, the power. If you combine these skills, you get excitement.”

Boxing fans and media are divided in their opinions on Amir Khan. But nobody is questioning Khan’s toughness in the ring.

“It is in my heart”, the fighter explained. “The referee have to step in to stop me. I never give up. The referee has to help you to make me give up”.

To conclude the session, Khan was being asked what his most exciting fight was.

“That has to be [Marcos] Maidana. Everybody is still talking about that fight. The [Zab] Judah fight was exciting too. And even the fight with Danny Garcia was exciting. Everybody expected me to hurt him and knock him out, but I ended up getting hurt myself. But that is boxing. One punch can change the fight.”