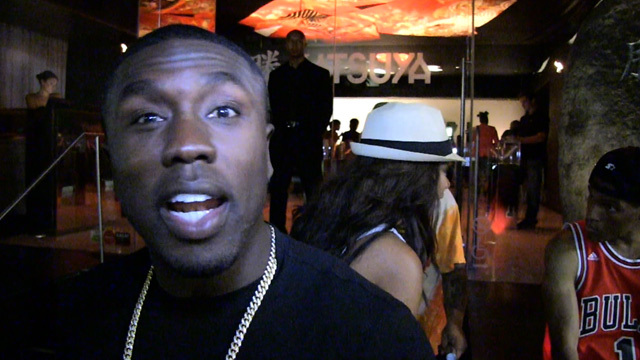 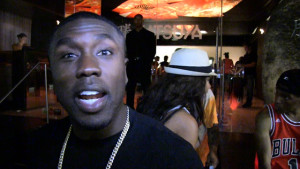 Andre Berto chimed in with his pick in the Alvarez-Kirkland fight in an impromptu interview with EsNews during his workouts. He didn’t go into much detail, so this will be brief, but the one thing that was clear is that he is not giving Kirkland much of a chance at all.

When Berto was asked who he had in the fight, he didn’t even flinch; he said “Canelo” without any hesitation at all. When asked to elaborate he pointed to Kirkland’s inactivity as a major factor.

“Canelo… Kirkland’s been off a damn, what year and a half, two years…”

When asked if he thought Kirkland had a “puncher’s chance”, Berto acquiesced, seemingly humoring the statement, and then he reminded that Canelo is anything but a pushover in the ring.

Berto was in the middle of his workout, so he didn’t elaborate any further but if he were given the opportunity I’m sure he would also mention James Kirkland’s baffling dismissal of long-time trainer Ann Wolfe. Not only did he end that highly successful relationship, but then he hired a trainer that most have never heard of. Of course, there is also the long layoff.

We haven’t even gotten to Canelo and what he might do to win the fight while Kirkland is busy creating ways for himself to lose. Canelo has shown a pretty solid chin and has been in the ring with extremely slick and defensive competition. The jury may still be out on Canelo, but after fights with Floyd Mayweather Jr. and Erislandy Lara, a James Kirkland at anything less than 100% will probably seem relatively easy to hit.

Canelo thought he was going to fight one of the best pound for pound boxers in the world until future Hall of Famer Miguel Cotto decided to leave him at the alter. Instead, on May 9th Canelo Alvarez will be getting in the ring with James Kirkland at a time when the Kirkland’s turbulent career is in a state of flux. This could be a letdown fight for Canelo, but I expect him to roll through without much of a problem.