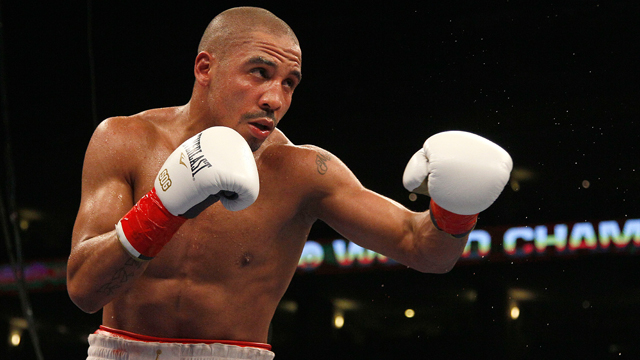 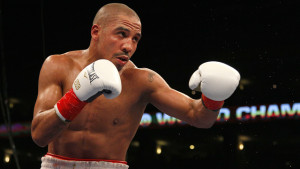 Andre Ward is gearing up for the next chapter in his career. Over the course of the last year Ward has had legal issues preventing him from fighting and it was unclear when those issues would be resolved. Ward would give interviews where he would speak about potential fights and fighters that were unwilling to fight him as though he was in a position to fight or even negotiate fights.

The truth is Ward hasn’t had any real fight aspirations until now and this is the first time in over a year that Ward’s words can actually be taken serious. This is good news because he seems eager to get back into the ring, although his trainer Virgil Hunter will assume responsibility for assessing Ward’s preparedness for an actual ring return.

“If it was totally up to me, it’d probably late March or early April [for a return fight], but I got to talk to Virgil,” Ward told a group of reporters at last night’s throne boxing event. “He’s very keen on knowing how much time we need to get ready. I’m in good shape, my weight is down and I’ve stayed fit, but training camp and fighting shape [are] two different things. I’ll talk to him, but hopefully it’s still around late March or early April.”

So we have a potential timetable, and it would serve Ward’s best interests if he could sneak in a third fight this year, although that is probably unlikely and with his reputation we’ll be happy to see him fight two.

But what about his fighting weight? There has been speculation that Ward will move up, but both he and Hunter have been adamant about remaining at 168 pounds and defending the lineal super middleweight title.

There are many reasons for Ward to move up. First, and I’m just speculating, it would seem like a year off would hinder his ability to make 168 pounds. Most fighters find it difficult to remain at the same weight class after a lengthy layoff.

The second and third reasons are kind of connected. Ward cleared out the 168lb weight class and even though there are a few new challengers, nobody has really emerged as a clear cut challenger to Ward’s super middleweight greatness. Furthermore, Sergei Kovalev offers Ward a real challenge and fans can easily get behind that fight. Conquering a new weight class would give Ward an entirely new and profound boost to his legacy.

Regardless, Ward seems firm on his decision to remain at super middleweight.

When asked if he’d remain at 168lbs Ward responded by saying, “I don’t see why not. I understand people talking about me going up, but I’ve defended my belts and I’m going to continue to defend my belts. I’m a super middleweight and the reality is there [are] a lot of super middleweights out there and a lot of them used the lawsuit and the issues as a reason to not step up, but I’m starting to get a little offended that my name isn’t brought up.”

Ward is being a bit contradicting when he claims fighters have used his litigation issues as a reason to avoid him when in actuality he has avoided the ring all together for the same reasons.

There might be some fans that will be disappointed to see Ward remain at 168 pounds, but we can’t forget the true reasoning behind a fighter’s decision to move up and if a fighter can make the same weight class he has fought at for years then there is no reason to move up, especially if there is no big money fight forcing the issue.