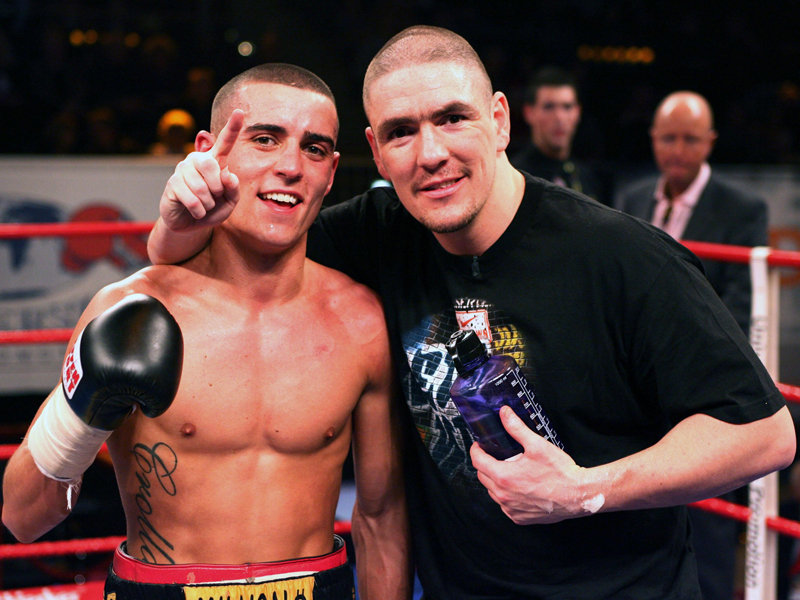 The eight man, three round, one night tournament; PrizeFighter returns on Saturday night in front of a sellout crowd at Liverpool’s Olympia with The Lightweights II. Promoter Eddie Hearn of Matchroom Sport has assembled the strongest lineup in the contest’s history with a field which includes three former British champions and two unbeaten prospects. The attraction for fighters to enter PrizeFighter is clear, £32,000 for the winner as well as exposure to a large T.V audience but one man has an extra incentive: Anthony Crolla is seeking redemption.

“I’d be lying if I said the fact that the only two people to defeat me in my career that I haven’t reversed wasn’t a factor”, Crolla candidly told ThaBoxingVoice

The draw for the tournament has, potentially, given the 25-year-old the opportunity to avenge both losses; if Crolla defeats his quarter-final opponent Stephen Jennings and if old adversary Gary Sykes can overcome undefeated Tommy Coyle the pair will meet in the semi-finals. If he comes through those unscathed he will likely face local boy and betting favourite Derry Mathews.

Mathews was written off by many in April when he challenged the Manchester man for the Lonsdale belt, however no one told Derry the script as he went on to upset the odds and stop the champion in the sixth round of a fight of the year contender.

PrizeFighter presents its participants a unique conundrum, unlike a 12 rounder against a scheduled opponent they have 7 different fighters to prepare for, each with a different fighting style. Crolla has strived to overcome this problem.

“I’ve just been covering as many different styles as possible. Out in L.A (at Freddie Roach’s Wildcard gym) I got a good variety of sparring, I sparred a lot of southpaws out there and a lot of pressure fighters. I’ve had fantastic sparring for this; in the gym I have fantastic in house. I feel I’ve covered a sparring partner for everyone in the competition.”

Over the years we have seen a variety of tactics used to be successful in the contest: Martin Rogan won the first two rounds and took a break in the third, Eamon O’Kane turned each fight into a brawl, Adil Anwar was elusive and Tor Hamer tailored his style to each opponent. “Million Dollar” has a clear plan in mind for success.

“We’ve come up with tactics for each opponent. There are many different ways and many different tactics used to be successful in this tournament and I’m sure Joe(Gallagher) will come up with ours. Each opponent will be approached differently, whether it be with pressure or boxing skills on the back foot. You’ve got to be able to adapt in PrizeFighter, that’s what I’m going to do on Saturday night, it’s what I have to do to be successful.”

The Manchester native will have the added pressure of starting amongst the favourites along with Derry Mathews but the as always the level headed youngster is refusing to let it effect him
“We might be the favourites on paper but if you look at the history of PrizeFighter being the favourite in there hasn’t always gone well, it’s very very rare that the favourite has gone on to win it. Because of the format and because of the unpredictability of the tournament the odds get turned on their head a lot of the time. It’s definitely the best lineup ever in a Prizefighter, it would mean an awful lot to win it.”