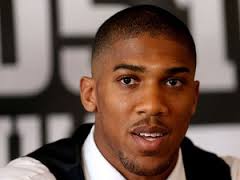 Anthony Joshua MBE has been forced out of his fight with Kevin Johnson at The O2 on January 31 after aggravating a back injury.

The Olympic gold medal hero has a Pars Stress Fracture in his back which required immediate medical attention and subsequent physiotherapy. On the advice of his medical team and trainer he has been ordered to rest before resuming training to appear on the Newcastle bill on April 4.

Joshua was left disappointed by the news he could not face ‘Kingpin’, but in a video message to fans posted on his YouTube channel, he vowed to come back even stronger in April – the video can be viewed here:

“I trained so hard over Christmas and the press conference with Johnson was so lively that I was really looking forward to putting in a great performance,” said Joshua on the postponement. “It’s bad news for myself and for the fans that have bought tickets. I hope to be able to put on a fan zone at the weigh-in and the fight itself to meet the fans. I will be competing many times this year but this injury is something that I need to get sorted as soon as possible.”

“It’s disappointing to lose Anthony from this great card but after receiving news from the scan, he was left with no option but to rest his back,” said promoter Eddie Hearn. “He picked up a niggle in the Sprott camp and had a good month rest after but it hasn’t been 100 per cent in camp and the results gave him no option. He hopes to resume punching in early February and come back with a bang in Newcastle on April 4.”

Anyone requiring a refund should contact their original point of purchase.