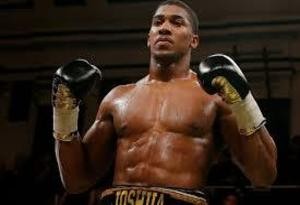 Anthony Joshua MBE will make the first defence of his IBF World Heavyweight title against unbeaten American Dominic ‘Trouble’ Breazeale at The O2 in London on June 25.

Joshua ripped took both the belt and the unbeaten record of American Charles Martin at the same venue on April 9, and he’ll be looking to take another ‘0’ in his maiden defence.

Breazeale brings a formidable 17-0 record to the UK with 15 wins inside the distance and enters the clash on the back of forcing Amir Mansour to retire after five rounds of their clash in January. The Californian is no stranger to London having represented USA in the 2012 Olympic Games, where Joshua won gold.

“I can’t tell you how excited I am to fight again, especially at The O2, which I have made my fortress,” said Joshua. “My coaches have watched Breazeale for a long time, and they knew he was going to be a player in the division, and now we get the chance to go war on June 25. It’s sure to be explosive, both of us like to let our hands go and score knockouts, we are both undefeated, and both have Olympic pedigree.

“I am looking to get passed Breazeale in style and continue moving towards the unification fight everybody is waiting for. I’m looking forward to being part of a stacked night of boxing and defending my title in style.”

A huge undercard is being pieced together by promoter Eddie Hearn, and the first fight announced is a mouth-watering Super-Middleweights George Groves and Martin Murray in an eliminator bout for the WBA crown.

Both men are hunting a World title shot in the second half of the year, a fourth in the division for Groves and a first at 168lbs for Murray, who boxed three times for a World crown at Middleweight.

“This is a fight I’ve wanted for a while, and I’m delighted it’s made,” said Murray. “I’ve had some huge profile fights all over the world in Golovkin, Martinez, and Abraham but never had the big one in the UK. This is a fight that British fight fans can really get their teeth into, and I’m looking forward to getting the win and moving on to challenging for the World title later in the year.”

“I’m very excited to be defending my WBA International belt against Martin Murray back at the O2,” said Groves. “I’ve had two great performances this year, both in London and the latest one back at The O2. It’s always a happy hunting ground for me.

”Martin is the perfect fight for me at this stage. He’s a seasoned campaigner, who’s boxed at the highest level for quite some time. He is a world level opponent, and I’ll have to be fully focused and prepared to beat him.

”A win against Murray on the biggest stage, will open a lot of doors and bring me a step closer to achieving my goal of becoming world champion. I’m fully expecting it to be a war; I can’t wait.”

Promoter Eddie Hearn added: “June 25 is going to be a huge night from start to finish. It’s great that Britain’s newest superstar is staying active, many would have still been celebrating but it’s back to business for AJ. The fight with Breazeale is going to be explosive- he is 6″7 and is one of the few whose KO ratio is up there with Anthony’s. He has come through the similar elite amateur set up and has worked his way into this shot and is ready to go.

“We are looking to put on one of our strongest cards yet at The O2, topped by the huge domestic clash between George Groves and Martin Murray, which is set to be a wonderful clash. Watch this space for some more big fights added soon.”

Tickets go on sale today (April 25) at 10 am to Matchroom Fight Pass members from the Fight Pass area at www.matchroomboxing.com and O2 Priority members at www.theO2.co.uk. Tuesday, April 26 at 10 am sees the venue and AXS pre-sale before tickets go on general sale at 10 am on Wednesday, April 27.

Face value tickets for June 25 will also be available from http://www.stubhub.co.uk/matchroom-boxing-tickets/ from 10 am on April 27. StubHub is the official ticket partner and marketplace of Matchroom Boxing and Anthony Joshua.