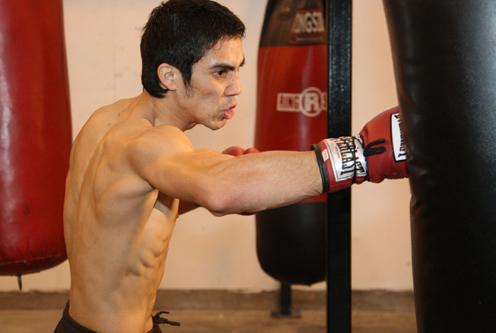 On November 17 WBC Lightweight Champion, Antonio DeMarco will have his work cut out for him, as he attempts to defend his title against former WBC Super Featherweight Titlist, Adrien Broner.

Broner is already being touted by many boxing pundits as a future top pound for pound fighter. Although he is the one moving up in weight and will be fighting for the first time as a lightweight, Broner is listed as a prohibited favorite over DeMarco. Not many people are expecting the Mexican champion to win. DeMarco sees it differently claiming, “Unlike Broner I have a proven record. I have been fighting nothing but the top fighters, strong fighters.”

Even Broner himself doesn’t seem to think too much of DeMarco, claiming to the press that he feels it will be an easy fight. “I really hope he is taking me lightly because this is the fight of my life, and I’m going to put it all on the line. I have dreamt of this moment since the age of fourteen. I’m ready, I’m strong, and I’m hungry,” DeMarco said. He also went on to say, “I’m not really bothered by it. Maybe that’s just Broner hyping himself up, and if that’s his way of hyping himself up that’s good, just as long as he comes ready, prepared, and ready to give a good show. Let the best man win.”

To his credit Broner has looked pretty impressive thus far in his career and has won just about all of his fights pretty decisively except one. That one fight was back in March of 2011 against another tough Mexican southpaw and current WBC Featherweight Champion, Daniel Ponce De Leon. Broner seemed to be troubled by the aggressive style of De Leon. It ended up being a very close fight on the scorecards with Broner managing to escape with a disputed split decision victory.

Although DeMarco is taller and rangier than his Mexican counterpart, he does posses a similar aggressive style. When asked if he feels that he could use a similar approach as De Leon did to be successful against Broner he replied, “I’m not really focusing on what Adrien Broner has problems with because a fighter changes a lot in every fight. What I’m really focusing on right now is the shape that I’m in and what I’m going to be doing inside the ring.”

DeMarco understands that Broner presents a big challenge to him, but he believes that he is ready for the task at hand. “Fights are won in the gym and I have been putting in the work and I’m going to be in the best shape of my life. Adrien Broner has a lot of talent, but he doesn’t have the heart of Antonio DeMarco, and he does not have the hunger to continue to be world champion,” he explained.

Although he is confident of victory, DeMarco wouldn’t say how he feels the fight will end. “I don’t like to give out predictions. All I want people to know is that I am going to fight my heart out, and I’m not going to give up. I’m going to give people their money’s worth, and I will die in that ring for the victory.”

Because of DeMarco’s never say die approach in the ring, this fight could shape up to be a very entertaining match up. Whether or not that will be enough for him to pull off the upset remains to be seen, but I have a feeling that this fight may end up being a lot more competitive than most people think.