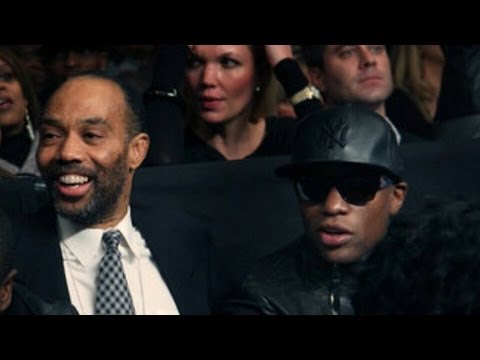 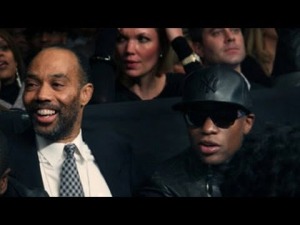 “I think we’re just getting to a point where we’re outgrowing each other” Floyd Mayweather told FightHype’s Ben Thompson earlier this week in regards to longtime friend and CEO of Mayweather Promotions, Leonard Ellerbe. Later in the same interview, Mayweather hinted that in May his team would change completely with the only constant being his manager Al Haymon. To top all of this news off, Rafael Garcia, Floyd Mayweather’s longtime cut man retired today at the age of 85.

It seems that with two contractual fights left on his Showtime deal and most pundits believing Mayweather has four left in his career, he seems to be looking more for his longevity after the sport. Mayweather is looking to build a brand that can sustain after he fights and it appears that he was not happy with the way things are in the current climate. Enter Al Haymon, a manager seldom seen and often heard with a ton of influence, sort of like the seedy man around LeBron James years ago named “World Wide West.”

Judging by the reactions of everyone who loves the sport, Mayhem: Mayweather vs. Maidana II was a buzzkill, no one left saying I want more boxing. They instead said, “I payed $80 for this?” It was a despondent answer to a year filled with woes and appearing from the outside looking in, Mayweather wasn’t happy how Mayweather Promotions was being run and how the event turned out. We are in year two of the Haymon/Showtime era and the master plan that was laid out has to be in motion to come to fruition in 2015, right?

The one thing we do know is Haymon makes his moves in silence, a man who does not make comments to the media and exists in the shadows. Haymon has been moving fighters silently off Golden Boy Promotion’s roster and under a cloudy managerial contract since signing a promoter and managerial contract would violate the Muhammad Ali Act, in which a promoter and manager can not function in the same capacity. Logic says quite simply that Haymon managed fighters will move to the aforementioned Mayweather Promotions. The first example will be Leo Santa Cruz in the not so distant future.

So what is really going? It appears that Mayweather may have had issues with Ellerbe , but more so for Haymon’s plan to go into full effect it would take someone with more skill and craft in the business realm then Ellerbe. It appears that at the present moment Leon Margules of Warriors Boxing Promotion will lead the realm and also could be the reason why Haymon has been signing quite a few of their fighters as of late, but what is the true end game?

Enter the elephant in the room, Richard Schaefer, who sat with Mayweather’s family this past Saturday. Schaefer was originally with Golden Boy Promotions and arguably was responsible for the biggest event they put on, Mayweather vs. Canelo paired with Danny Garcia vs. Lucas Matthysse. Schaefer stepped down earlier this year after a bizarre appearance at the Keith Thurman vs. Julio Diaz card that had Schaefer and Oscar De La Hoya not even look at each other one time. It seems simple, it looks as though De La Hoya felt betrayed that Schaefer was helping create pacts with Haymon contracted fighters to get promoted by Golden Boy, but not actually be under a Golden Boy contract.

Meanwhile, Schaefer may have felt that years and years of De La Hoya’s drug abuse and antics had worn thin and he was looking to expand beyond the ‘same ol’ same ol.’ Nonetheless, the scorn on both sides was felt as well as the expectation that the friendship between the two will not be rekindled. On top of all of this Schaefer had grown close to Mayweather as well as Haymon, so much so that Mayweather spoke fondly of Schaefer in the public a rare feat as he usually would bash anyone De La Hoya presented in front of him.

So what stops this from happening? A large lawsuit filed by Golden Boy Promotions towards Richard Schaefer that legal experts, okay my friend who went to law school, explained was just a ploy to keep Schaefer out of boxing with a reported large sum of money that would keep him on ice indefinitely.

What do we know is that it appears Mayweather Promotions is slowly becoming “Al Haymon Boxing Club” and that it also might be looking beyond just premium network television to find homes for the fights. It has been my theory all along that Haymon would look to network and cable television to house a majority of his fights. What one should look at is the UFC’s contract with Fox Sports and see if Haymon/Mayweather promotions target a large network giant that could spread out a 160 fighter roster over say four-six channels. The fronter runners would Showtime if they involved CBS as well as NBC which also houses NBCSN as well as a sleeping giant that is ESPN, which has multiple platforms and ABC on broadcast television.

Essentially we know very little about what will happen next, but we can now see the pieces starting to fall as with in the next year we will see if Haymon really was good for boxing in the first place.