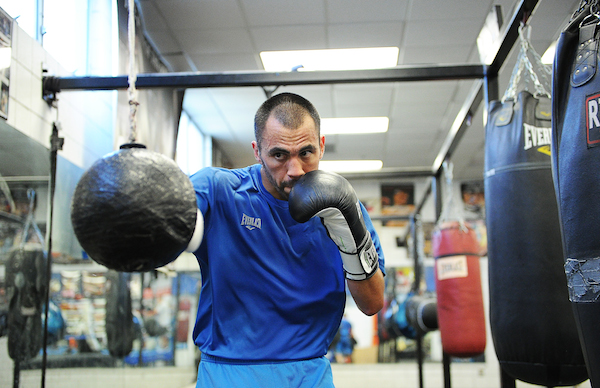 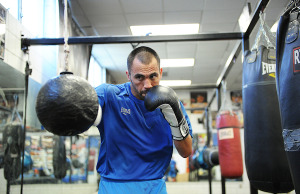 One week from today, Artemio “King” Reyes (22-2, 18 KOs), a power-punching welterweight prospect out of Riverside, Calif., takes on Christopher Degollado (11-3, 9 KOs) of Monterrey, Mex. in the 8-round “Locked n’ Loaded” main event from the Doubletree Hotel in Ontario, Calif.

The 28-year-old Reyes is unaccustomed to long fights, having knocked out the majority of his opponents inside of three rounds. Degollado, 25, also prefers to close the book on opponents fairly quickly.  Nine of his eleven wins have come by knockout.  On Friday, Nov. 21, both will have an opportunity to enhance their knockout ratios.

“It’s going to be an explosive fight,” said Reyes, who has been sparring with former world champion Victor Ortiz. “Degollado is a strong fighter that is capable of going the distance, or winning by knockout. We both pack a lot of power, which will make for an interesting fight.”

“I’ve studied Reyes carefully,” Degollado said. “He likes to mix up his punches and is equally effective boxing on the outside or in close situations. We plan to set some traps for him and if he bites, it might be the end of his winning streak.”