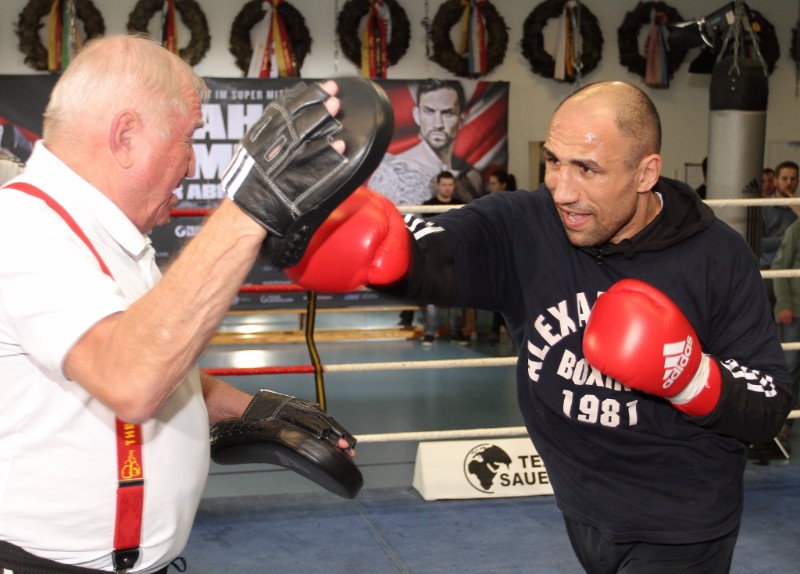 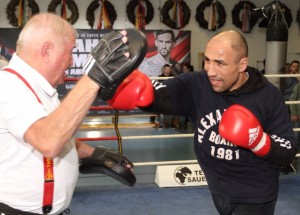 Training is underway for Arthur Abraham (43-4, 29 KOs) as he prepares for his WBO World Super Middleweight Championship contest with Britain’s Martin Murray (32-2-1, 15 KOs) on November 21 at the TUI Arena in Hannover, Germany.

As the Berlin-boxer readies himself for a fifth successive defence of his WBO strap, the former 160 lbs ‘King’ turned super middleweight supremo has been bolstered by the return of his long-standing coach and mentor Ulli Wegner, who had been sidelined with an Achilles injury.

‘’It’s great to have Mr Wegner back,’’ exclaims Abraham. ‘’We had been talking every day on the phone and discussing my progress but there is no substitute to having him there in person giving me direct feedback. I rely on his input and with him in my corner there is no way I can lose.’’

The ever-critical Wegner has already set about changing the 35-year-old’s training regime. Removing any distractions by taking his protégé from the bustling Max-Schmeling-Gym in Berlin to a secluded training camp in Kienbaum’s Olympic Centre.

‘’Arthur must focus all his energy and attention on this fight or risk losing his World title,’’ said the star coach. ‘’And that is why we need to complete isolation. My job is to ensure he is in top championship condition, and currently his fitness is not where I would like it to be. Now, he must step up his efforts or prepare for defeat.’’

The WBO World Super Middleweight Championship fight between Arthur Abraham and Martin Murray will be broadcast live on Sat.1 in Germany and Sky Sports in the UK. Tickets are available online via ticket hall.de and eventim.de.