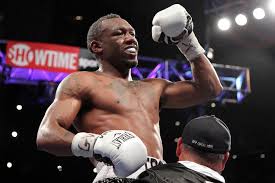 Commentators:
Todd Grisham will be ringside with analyst Teddy Atlas  describing the action for ESPN2, while studio host Doug Kezirian will provide all the latest boxing news and highlights. Pablo Viruega and analyst Delvin Rodríguez will call the fights for Noche de Combates on ESPN Deportes and ESPN Deportes+, while Claudia Trejos and Leopoldo González will anchor the studio.

“I’ve been watching videos of Daniel Dawson,” Trout said. “He has a few losses; two of them have been against former world champs. He gave Daniel Geale one hell of a fight – losing a very controversial decision. We know he’s a tough cookie. He also has a lot of experience – he has 40-plus fights, and he’s a former Muay Thai and kickboxing world champion…I feel like when I’m on top of my game, nobody can beat me. I’m ready to get back on top.”
Dawson said, “Austin Trout is a fantastic fighter, one of the best boxers in the division. I’ve got nothing but praise for him; he’s done great in his career. It’s very exciting to be matched up to show what I can do against a fighter the caliber of him.”