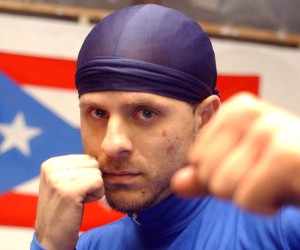 Saturday, October 11th at Red Lion Conference Center in Sacramento for Squarevision’s second show in conjunction with the United Combat Association and Donaire Sr. Boxing Gym. At the present time, no clear main event is set though it looks like Aaron “Heavy Metal” Coley (8-0-1 5 KOs) could get the nod as he was supposed to fight last August before his opponent was unavailable at the last minute. Coley, a feared technical boxer who throws hard leather, hopes to get active at the end of the year so he can get into the double digits in win by the end of they year. As Coley said in August “If you are in my division get ready, because I am coming!”

Popular San Jose junior welterweight Moises Benitez (1-0) is coming off a crowd pleasing win in Alameda over Percy Peterson and looks to add onto his success. An overly aggressive Benitez found the canvas in the first round of his last fight as he appeared hopeful to stop Peterson and did not stick to his jab until the third round jab early. Benitez is hoping to show his improvements as he faces Devonte Donaldson in a four round fight. Benitez is all action and created some of the loudest audible noises heard in at a boxing show I have been to for a while as his last fight was a contender for Northern California Fight of the Year in 2014.

Hard hitting featherweight Adam Fiel (3-0 2 KOs) of Vacaville, CA trained by Nonito Donaire Sr. is looking to continue on his war path as he takes on Carlos Gonzalez of Bell, CA. Fiel was featured on a Top Rank undercard earlier this year and has been earning high praise as he is known for his fight ending power and his ability to throw hard for the duration of the whole fight and not just in spurts. Oh, and last time Fiel fought in a Sacramento, the fight didn’t even last a minute, Fiel is hoping to duplicate that performance.

Donaire Sr. Boxing Gym light middleweight Rudy Macedo (pro debut) will make his debut with his coach Abe Morones right behind him. Macedo is a highly decorated amateur, who at the first Squarevision media day explained that he ‘couldn’t wait to turn pro’. Macedo’s dream will come true as he debuts against Dominique Foster (1-4-1).

Wilkins Santiago (11-0-1 1 KO) will also be featured on the card as the Virgil Hunter trained fighter will look expand upon his last win over Luis Alfredo Lugo. Top women’s boxing standout Casey Morton (pro debut) is also rumored to be on the card. According to a Facebook status update from Bilal Mahasin’s (5-1) Facebook page, Mahasin hinted that he may be fighting on the card as he is doing a giveaway to supporters for free tickets, if he fights. It is unconfirmed if Mahasin will be on the card as this is pure speculation based off of social media.

The pro card will also be in association with UCA’s “Battle of the Badges”, undercard starts at 4PM with the pro card beginning at 6pm. For ticket information please visit http://www.inticketing.com/events/435244.  Tickets range from $25, $40 and $80. For more information on the event please visit www.squarewarriors.com or www.unitedcombatassociation.com.